The adventure, called Red Chrome Cargo, is a quick-one shot suitable for a demo stream. You can get the four-paged PDF from R. Talsorian Games directly.

If you’re not a GM, then it means you might not want to sneak a peak for risk of spoilers. Equally, you might want to watch the Dicebreakers video even though it’s embedded below.

The full Cyberpunk Red RPG isn’t out yet, but it’s third on the most anticipated games of 2020 chart. The computer game, Cyberpunk 2077, for which Red is the prequel is officially delayed.

However, the jump start kit for Cyberpunk Red is out and looks good. In fact, the Cyberpunk Red Jumpstart Kit was DriveThruRPG’s bestselling game of 2019.

At the same time, R. Talsorian Games has released some interior art from yet to be released rules. The dramatic illustration is called Nails and is by Columbian concept artist Santiago Betancur.

Where does Cyberpunk Red sit on your personal list of most anticipated RPGs of 2020? 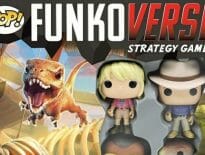 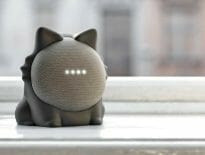 Cool Tech Turn your Google Nest Mini into a cylon cat
wpDiscuzComment Author Info
Manage Cookie Consent
This site uses cookies 🍪, and links are ads that may earn bloggers some money 💰, and with this alert, I very much hope that these dark truths 🧌 are acknowledged.
Manage options Manage services Manage vendors Read more about these purposes
Preferences
{title} {title} {title}
Loading Comments...