The move into board games follows their acquisition of Forrest-Pruzan Creative and initial games included the likes of Funkoverse Harry Potter, Funkoverse DC and Funkoverse Rick and Morty.

You can play the Jurassic Park game as a standalone or add it to your collection of other Funkoverse games. It costs $39.99 and retailers such as the specialist Pop in A Box, are already offering pre-orders.

The other Jurassic Park Funko release this week is the Expandalone set. Expandalones are a clever idea which can be played as a one-shot scenario, added into a larger Funkoverse collection or both.

The Jurassic Park Expandalone set adds two more models; Dr Ian Malcom, the character made so famous by Jeff Goldblum and the T-Rex. I can see how you might use the T-Rex to deal with the Velicoratper, but that might leave you with a larger problem.

The Expandalone is slightly cheaper than the main game and has a recommended retail price of $24.99. Pop In A Box estimates a UK release date of March 2020 for this box. 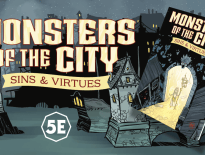 Tabletop & RPGs Monsters of the City: A 5th edition book with 100 … 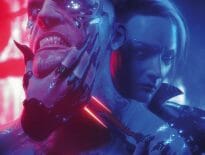