Games Workshop has just posted a lengthy blog post about filming an ident. In it, they make a reference to an unannounced show; making a joke about what they just did.

An ident is a short clip that’s used at the start of a movie, or Twitch broadcast, between TV programs or even as a trailer to remind you what you’re just about to watch.

We already knew that an Eisenhorn TV series was coming, made by BigLight. The Angels of Death are getting an animation too.

In this blog post, though, there’s a quirky mention of a third project.

It’s no secret that we’re working on some really exciting projects right now. We’re animating Angels of Death, developing Eisenhorn for live-action, and have just put pen to paper on a 40K anthology show. Actually, don’t quote me on that last one – it’s not announced yet.” **

The quote comes from Andy Smillie, the head of Warhammer Media. Those two asterisks beside the “not announced news” resolve to this footnote;

So, yeah. It looks like there’s a Warhammer 40K anthology show that Games Workshop is working on.

It is unlikely that the idents the company was filming will give anything away. They’ll be kept generic as possible so they can be used many times.

Games Workshop noted that their two prominent properties are Warhammer 40,000 and Warhammer Age of Sigmar. As a result, the characters featured in the ident are reflective of that.

There’s a Stormcast Eternal for Age of Sigmar.

There’s a Space Marine for 40K.

We really wanted a Warhammer ident so that, when people are watching one of our shows, they’ll know that what they’re seeing is part of the Warhammer brand. It’s a mark of quality, if you will, something to tie what you see on your screen to the Warhammer hobby and to Games Workshop.”

What do you think? Are Games Workshop trolling? Is there another 40K show coming? 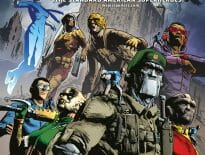 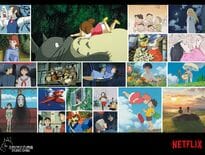