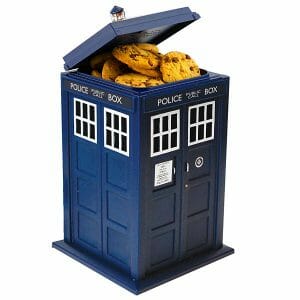 The very idea of a Tardis cookie jar is a good one. Whoever thought about making it a talking cookie jar was a brave man (or a brave woman indeed). How will the Doctor Who fans react?

It’s for sale at Think Geek and I think they deserve an extra speshal pat on the back for describing it as “Just Like The Real Tardis”.

This cookie jar makes authentic Tardis sounds. That’s much better (and Think Geek are after anyone who can translate for them).

That gives us; “Ululating jammie dodger Tardis” Perfect! Can’t you tell I work in marketing? 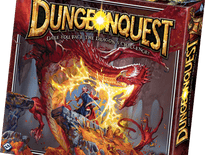