You are here: Home / Games / Tabletop & RPGs / Rifts Essentials up on the Bundle of Holding

Palladium Books is raising money for the National Center of Missing and Exploited Children by selling a batch of Rifts RPG PDFs at the Bundle of Holding.

You can check out the details at the bundle page.

There are two parts to the bundle. The Starter Collection contains two books and will set you back $8.95.

Those two books are Rifts: Ultimate Edition, a 419-paged RPG which usually costs $23, and Rifts: Sourcebook One, a 160-paged supplement that costs $10.50.

Rifts is a post-apocalyptic version of Earth in which portals (rifts) have opened where ley lines cross to allow monsters, demons and magic energy back into the world.

Humanity was nearly destroyed, but hung-on in there and in some parts of the world rebuilt itself. There’s the fascist Coalition controlling some parts of the old North America with their powerful technology and mutant creations. There are also kingdoms of vampires, magic and gods scattered around the planet.

It’s a game in which your party of heroes might contain a wizard, a juiced-up speed warrior, a mutant octopus, a fairy and a bounty hunter with a jetpack.

Also up for grabs is the Bonus Collection. To acquire the three books in this collection you need to pay the threshold price. That’s the average amount of money given to the Bundle of Holding for this deal, which starts low (at the $8.95 mark) and slowly rises as people go for the bonus and donate to charity.

You can find out more about this charity backing deal at the Bundle of Holding.

Rifts Essentials up on the Bundle of Holding 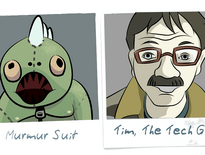 Tabletop & RPGs A review of Dead of Night: The Final Cut 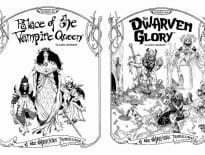