Palladium Books is probably the most famous and longest-lived company the RPG Publisher Spotlight feature as ever settled on. Did you know an estimated 5 to 7 million have played a Palladium RPG?

Despite that huge number, Palladium Books certainly qualify for the position in the Spotlight which is usually intended to help indie studios. Palladium is not a huge business, and the company are what Geek Native’s Patrons voted into the Spotlight for February. The poll for March is open and has a selection of five Itch.io publishers to support.

Palladium Books are survivors. There can’t be that many small studios that can take a hit of about a million dollars and keep going… and yet that’s what happened a decade ago when Palladium was hit by severe financial fraud.

Geek Native reached out to Palladium to see if anyone there had time to take part in the RPG Spotlight. Alex Marciniszyn stepped forward. Thank you Alex!

Who are Palladium Books?

I was curious about how many people worked for the publisher, and so put that question to Alex first.

Kevin Siembieda is sole owner, top creative man and writer. Kevin also hands out the art assignments, being an artist himself. Alex Marciniszyn, editor, research and idea man. Wayne Smith was the editor of The Rifter but he also edits our manuscripts and has developed a sense of graphic design and lays the books out with Kevin’s guidance. Julius Rosenstein, warehouse manager, and the guy who introduced Kevin to the world of RPGs. Julius is also a proofreader. I’ll leave it there./blockquote>

How has the company changed over the years?

Palladium was always designed to be, in Kevin’s words, not the biggest but the best. With that in mind, we try to hit our deadlines but when we miss, it’s because quality comes first. The RPG part of the hobby game market has shrunk because of people turning to videogames or card and board games. This has left a handful of companies still in the RPG market. And there are dedicated role-players out there. The loss of Erick Wujcik seems to have happened only a short time ago, but he left behind a legacy in the Teenage Mutant Ninja Turtles RPG and Rifts China One and China Two, among other contributions.

So we had to adapt by keeping our output up as best we can. It dropped over recent years but an upswing in releases is beginning now. We have books that have been in print for decades but changes made by the US Postal Service has made it almost impossible to buy our books for customers outside the US. Kevin decided to offer PDFs of our books on DriveThruRPG which has been, and continues to be, successful.

It’s rarely easy being a publisher in the roleplaying hobby.

It’s been nearly 15 years since Palladium barely survived having an estimated $1,000,000 embezzled from the company. It must have been hugely traumatic at the time. Is the weight of the incident still felt today? Or is it history?

All I can say is that Kevin and the rest of us weathered this storm which, based on my research of similar cases, happens a bit more often than I knew.

The chat I had Alex looped back to Rifts a few times, so I’ve put them all together in a section of their own.

What do you think Palladium is most well known for?

Our Rifts RPG. It is our flagship but the Palladium Fantasy RPG and Heroes Unlimited still endure from their beginnings in the 1980s. Again, this is another sign that the ideas we create still attract people even after all of the changes we’ve experienced in this industry. Role-playing with others, in person, cannot compete with videogames and other outlets for a significant number of people. We have loyal fans who have been with us for decades.

Many years ago, back when Geek Native was a site called GameWyrd, I covered the news that Walt Disney had optioned Rifts with a movie in mind. I brought this up with Alex.

Do you think we’ll ever get the RIFTS movie?

Fortunately, Jerry Bruckheimer is holding out for the script that gets it right. He’s had a few writers tackle it but so far, no word about production. This has happened for other Intellectual Properties as well. I am still optimistic.

You can read more about Rifts and Hollywood over at the Palladium Books website.

Can you tell us about any future products or plans in Palladium’s pipeline?

I think I’ll limit it to the next three. In the Face of Death for the Dead Reign RPG, our entry into the zombie apocalypse. That will be followed by Rifts Coalition States: Manhunters. It is the story of a highly secret, elite team of Special Operatives. Then it’s Titan Robotics, which will have giant robots, power armor, and new weapons and equipment. There will be a description of the company and how it ties into the plans of the A.I., Archie Three.

Alex Marciniszyn on the industry

Alex is an industry veteran. I took the chance to ask some questions about trends and changes in the hobby.

As an employee of Palladium Books, what makes you most proud of the company?

Working in a creative atmosphere for almost 40 years is not just a job but part of my life. Ideas, and more importantly, presenting them well, is the kind of emulation of our, mine and Kevin’s, favorite artists and writersÂ that we dreamed of doing. I think we’ve managed to do that while creating ideas of our own. We have indeed ‘stood on the shoulders of giants’ over the years till now.

The roleplaying hobby has changed hugely since 1981. What do you think the positive changes are and is there anything you miss?

I think the positive changes include the production of better quality books, and PDFs. The latter being important for our fans who no longer have to physically carry dozens of books, and for players in foreign countries who can bypass the cost of shipping physical books. That said, I do miss the physical RPG magazines. The internet allows for a seamless experience but there is something to be said for holding an actual book or magazine in your hands.

Over at DriveThruRPG we can see what Palladium Books’ most recent publications are.

Are you an Palladium Books fan? Let us know why you like them. 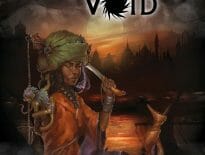 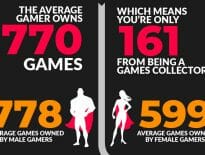