There’s no harm in any gaming group sticking with whichever suits their tastes. If, however, you want female armour that looks good and is historically justifiable then Redditor /u/Lazy_Warlock has just released version 2.0 of their popular Guide to Drawing Female Armor.

/u/Lazy_Warlock was kind enough to take the time to chat with Geek Native.

How have you found the reaction to your armour guide?

The response has been very positive! I think female armor is a contentious topic because it’s a relatively new discussion in the recent decades. But with the fantasy genre becoming more inclusive (which is fantastic IMO) I think people will come to a certain agreement on how best to represent heroic individuals of all genders. Ladies now make up a huge population of fantasy culture, and it’s important we give them the resources to design their own awesome looking characters without reducing them to their sexual appeal.

People were also really eager for other guides like this, so I already have three more planned to cover other topics: Leg armor and proper boots (armored high heels are the hill I will die on); Complete suits of armor and how different styles and decorations can describe a complex character; And a guide on how and why to include realistic battle wounds and scars, which seem to be absent in lots of fantasy female warriors.

What sort of research did you do for it?

I’m a chemist funny enough, so I need a lot of hard evidence before I come to a conclusion I’m confident in. Just for this study I reached out to renaissance fair ladies who’ve worn armor and found fantastic accounts of improperly made plate and how it can easily injure a wearer even in mock fights (bad boob plate is especially egregious). I even found some PHD thesis papers that looked over hundreds of preserved armor just so I’d have some really solid references to use in the future.

But other redditors were also incredibly useful and provided some awesome pictures of ladies wearing real, recreated armor today. It can’t be understated how useful having real-life examples dispels lots of the misconceptions people throw around on the web. Fantasy is fun and should remain fun, but oftentimes reality is even more impressive and interesting than the things we come up within our games.

Is there anything wrong with someone deciding that her character prefers boob plate?

That’s a complicated question and I think it’s one that can’t be answered fully with a yes or no response. People can and should draw a character in armor they think will best represent their personality. The characters I decide to depict in my world are mostly hardened veterans who go into battle with the intent to survive, so boob plate isn’t really a consideration for most of them. But art and fashion is a mode of expression, and sometimes real-life ladies want to feel awesome and sexy in a fantasy setting and they shouldn’t be shamed for it. However, I think it’s also important to acknowledge these choices and understand their consequences in a story setting, and sometimes even punish a character who acts foolishly for the sake of posturing.

I also think it is important to properly represent the average knight as sensible and ready for battle. To me, it’s okay for a single person to be wearing boob plate there are a thousand other female knights in normal armor. Those sensible knights should also take center stage 99.9% of the time as one would expect, otherwise it can unintentionally misrepresent an entire fantasy world someone has meticulously built. Boob-plate is not inherently evil, but I think it is obvious to anyone that it is excessively commonplace in fantasy designs. It needs to be properly represented as a niche tool for designing vain characters willing to potentially risk their life for a bit of sex appeal and influence. Once people accept it as a goofy and extraneous design that should be rare (much like how codpieces are viewed today) people will probably start to agree more and move on to better things to talk about.

Version 2 of the guide appeared in the newly(ish) created sub-reddit /r/Secrets_of_Nysera. That sounds a lot like a project you might be working on. Can you tell us about it?

Secrets of Nysera is sort of the all-encompassing source for stories and lore that come from my fantasy world of Nysera. It’s been a personal project of mine I started in college almost 8 years ago and I’ve only recently started sharing things about it on social media. I’ve run DnD 5e campaigns in the world for some of my friends and family, but otherwise it’s been in the dark.

At the moment, my big project is a game I’ve been developing for about 4 years called Lords of Nysera, which takes place in a fractured period in Nysera where nations and leaders are unsure how to move forward after the abrupt end to a glorious age of magic and technology. It’s a world where women and men have the same expectation to participate in combat due to cultural differences and origins from our own history on Earth. As such, I’ve spent a ton of time considering how women would be viewed in warfare, and how their armor would have evolved alongside men’s. This, as you can imagine, led to this study here which I decided to turn into a guide for anyone else who thought it would be useful. Turns out a lot of people thought it was!

While there’s still have a lot of work to do, my game is finally at a stage that I’m willing to publicly share stuff about it on social media. I expect to start releasing demos for testing (hopefully) sometime this year, and so I’ve recently ramped up my media presence in preparation.

Can we get a link to a higher-res version of this? Thanks! 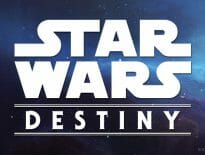 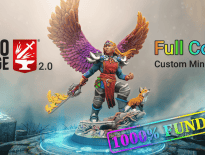