James Spahn’s Barrel Rider Games have teamed up with Tiny Dungeon’s Gallant Knight Games to do a second edition of The Hero’s Journey.

The game does deep on Western folktales to offer up a modern RPG where characters aren’t dungeon diving mercenaries. Instead, they’re characters in stories that might feel familiar and different at the same time. Kobolds, for example, are now old men small elementals that look like old men fading into stones. The campaign has already hit target and you can join in here.

There’s no pitch video (and it turns out they didn’t need it anyway) as this campaign is all about keeping it similar.

So, what’s the money for? In the first instance, Gallant Knight Games would like to earn their money back by making this a popular game. Step one on that plan is to produce a physical book, an offset print run, do their own fulfilment and get the book into retailers.

In the second instance, the one where the campaign goes over target, then the extra money will help bonuses like the GM screen be made.

It’s a pledge of US$15 for the PDF and $40 for the PDF and Hardcover. International shipping is possible, but not cheap, and Gallant Knight have made it clear they’re not going to pay for any customs charge for you or even offer refunds if the whole process turns out to be more expensive than you thought.

If you get a Lord of the Rings vibe from the book’s front cover, then it’s worth noting that it’s illustrated by Jon Hodgson, who provided plenty of illustrations for The One Ring game while he was at Cubicle 7. James M. Spahn’s also worked for Cubicle 7, they clearly got on and acknowledged each other talent. 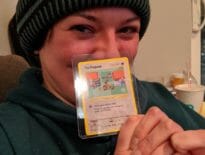 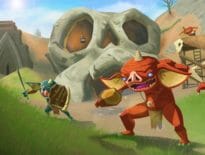 Tabletop & RPGs Quick and clean: 3-page Legend of Zelda to D&…
💰 Copper Coins 💰 Geek Native is an affiliate and may earn commission on purchases you make from third-party sites.
🍪 Privacy & Cookies 🍪 The site uses cookies to survive. By accessing the site, you agree to use your browser to control cookie use or take 1d4-3 privacy damage (tracking). If you defeat cookies via ad blocking, please consider the Patreon. An intro to cookies, and how to control them, can be found here. I Manage Cookies