D&D players found out about Eberron: Rising from the Last War before Wizards of the Coast by simply noticing the book appearing on Amazon. A similar thing happened to Ghosts of Saltmarsh and Guildmasters’ Guide of Ravnica.

The problem is not trivial. Wizards of the Coast absolutely need Amazon to have stocks of their products and Amazon will update their catalogue when the data comes in.

This month, for the March release, Wizards of the Coast have been sneaky-clever. The official name for the next book is currently Dungeons & Dragons March Release Book (Title announced January 9th), and that’s what has appeared in Amazon’s catalogue.

There’s even a coming soon cover.

Do we know this is the actual title and not just a special deal with Amazon?

Well, the ISBN (international standard book number) for the March release appears on the Amazon listing too.

Of course, it might also be the case that Amazon is so dominant in the world of book publishing that these ISBN databases are essentially powered by Amazon APIs. If that’s the case, all we’re doing with this check is confirming that Amazon really is listing the next official D&D book with this quirky title.

Check the Silverhand dice slotted to come out around the same time. Coincidence? 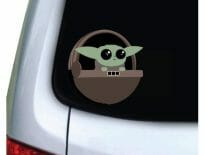 Geek Stuff The cute is strong with this one: Baby Yoda car de… 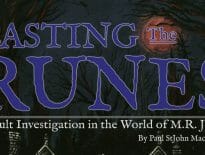