It looks like a Monopoly board, but a closer inspection shows that the size of the coloured strips is different for each space. The longer the piece; the higher the chance that you’ll land there.

The data is calculated for a 40 turn game and excludes the Jail space as you’re 2 to 3 times more likely to land there than anywhere else.

In the data is beautiful community, Psychic Deliah explains that they had their computer play 20,000 games of 40-turn Monopoly.

These games were standard Monopoly so rolling double three times, sends you to jail, and there are those movement rules from Chance and Community Chest cards too.

You can find the code for the project on GitHub. 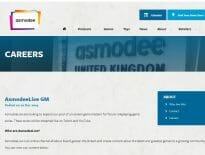