You are here: Home / Games / Tabletop & RPGs / What next for the Alien RPG? Free League Publishing reveals 2020 plans

Free League Publishing’s official Alien RPG has sold out. It took two weeks to do so.

You can still go ahead and order a copy, there’s a re-print already in production and due late January. You might also be able to find some local gaming stores with a copy of the book, and it’s always good to support your local gaming store.

Geek Native is a fan of the Alien RPG. I reviewed the Cinematic Starter Kit in-depth when it was pre-released (ahead of the main book) and then resorted to trying a video review of the full Alien RPG afterwards, as another take on it. You can also find a copy of the critical injuries table on the blog if you need to look something up in a pinch. Given how deadly Alien is, this feels likely to me.

Free League’s plans for the Alien RPG extend beyond simply keeping it in stock and sitting back to good reviews.

Next year, they’ll be publishing a second cinematic scenario. Destroyer of Worlds by Andrew E.C. Gaska. Alien has two modes of play; Campaign which is most like the traditional tabletop RPG experience and Cinematic, with adventures written by Free League, and which are essentially brutal one-shots packed full of inter-character tension.

There’s also a sourcebook coming from the game. We don’t have a title for this supplement yet, but it will focus on Colonial Marines. That’ll be a popular choice as the poor marines have been such a central part of the movies.

Free League fans should also take note that the publisher is offering up to 60% off their store for the holiday sale. If you’re tempted by Forbidden Lands, Tales from the Loop, Coriolis – The Third Horizon, Mutant: Year Zero, Symbaroum, Crusader Kings and now even some Call of Cthulhu products then that’s a sale that might interest you.

What next for the Alien RPG? Free League Publishing reveals 2020 plans 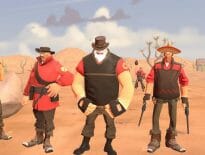