You are here: Home / Games / Tabletop & RPGs / The Alan Moore approved Watchmen supplements for the DC Heroes RPG get reprints

At the end of the month, DC Comics will publish Watchmen Companion in hardback and Kindle or Comixology.

The Companion is a collection of long-out-of-print material for Alan Moore and Dave Gibbons’ comic book. Comic site 13th Dimension can confirm that the bulk of this material comes from the three official and Alan Moore approved Watchmen supplements for the DC Heroes RPG.

It’s now well known that Moore is not a fan of the TV or movie studios. He does not like the screen adaptations of his work. However, there was apparently a time when both he and Gibbons were keen to expand on their universe.

Not only did Alan authorise the three RPG supplements, but he also collaborated on them.

Those three supplements are Who Watches the Watchmen?, Taking Out the Trash and Watchmen Sourcebook.

Who Watches the Watchmen? was written by Dan Greenberg and had stats for the Watchmen characters, using Mayfair Games’ DC Heroes system.

Taking Out the Trash was a project from Ray Winninger and Alan More and contained an eight-page sourcebook and stats for the Minutemen.

Lastly, in 1990, the Watchmen Sourcebook by Ray Winninger expanded the universe through newspaper cuttings, movie scripts and family trees.

You can get a peek inside these rare books over at Once Upon A Geek.com.

The core rules, DC Heroes, were last printed in 1993 and it used the Mayfair Exponential Game System.

Watchmen Companion is due out on Christmas and pre-orders have already put the 200-paged book in the top 100 selling DC Comics products in Amazon’s charts. 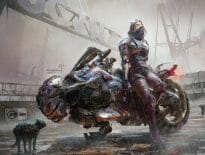 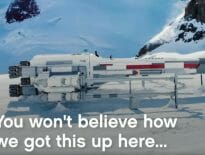