You are here: Home / Games / PC / Turbine backs down from Dungeons and Dragons revolt

Turbine have their heads screwed on. First the company takes D&D Online from a $15 a month subscription package to a free game – which generates thousands of new players. Next it enables those players to buy power-ups and enhancements – responsible for a huge boost in profits.

Recently, though, Turbine pushed the power-up for profit factor too far.

They introduced a “offer wall”. The concept was very similar to the games found at Facebook.

Are you cautious of some of the Facebook “email for cash” options? Many of us are. TechCrunch calls this Scamville: The Social Gaming Ecosystem Of Hell.

Now, not all of these sort of games/deals are dodgy. In fact, Facebook are making great progress at improving this.

Was there a catch with the Dungeons and Dragons Online “offer wall”? Yes. Perhaps not as dodgy as some of the Facebook scams but any D&D Online player who simply visited the “Offer Wall” had their email address handed over to the company behind the offers; a company called Super Rewards.

As I said at the start, Turbine do have their heads screwed on. They might have been too aggressive/bold with the introduction of the “Offer Wall” but they didn’t shy from fixing the situation.

“Based on your feedback, we’re stepping away from the ‘Offer’ category for now. We’ll keep exploring alternate ways for players who want points to get them. We’ll also continue to innovate in pricing and accessibility because that’s who we are. As of today, the Offer Wall is coming down. We’ll collect all the feedback we’ve received over the last few days and will use it to guide future decisions.”

I don’t think this is over, though. Turbine need to generate money. It costs money to run the game. A large percentage of D&D Onlie players play entirely for free and never buy anything. Turbine simply have to find a way to keep the game going. 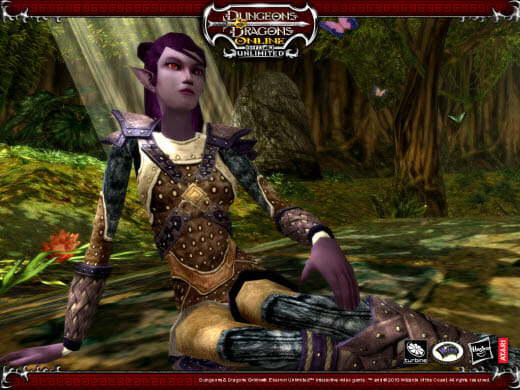 Turbine backs down from Dungeons and Dragons revolt