The original Mummy: The Curse was published in 2013, and it was the first new game franchise from Onyx Path. By this time, Onyx Path had become the de facto stewards of the World of Darkness, transforming it into the Chronicles of Darkness with RPGs like Vampire: The Requiem, Werewolf: The Forsaken, and Changeling: The Lost.

Now, Onyx Path is back on Kickstarter to ask for $25,000 to fund a hardback version of the 2nd edition of Mummy: The Curse. Onyx Path work with Kickstarter a lot and do well with it, at the time of writing there are still 22 days on the clock and nearly $45,000 in pledges. You can check progress yourself over at the campaign page.

Onyx Path knows what their fans want. This book will use traditional printing; though PDFs and an optional DriveThruRPG Print-on-Demand choices are available. This book will be part of a set, and it’ll be formated and styled to suit the design of the previous Chronicles of Darkness books.

It’s a pledge of $25 to get access to preview updates and the final PDF of Mummy: The Curse 2nd edition. Step up to $30, and you get the print-on-demand coupon added and find $50 if you want the hardcover booked added in as well.

In the RPG, player characters are the Arisen. Once human, these characters were subjects of the great magic humans have ever cast and their souls bound to their mortal remains. They cannot be killed. 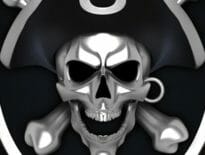 Tabletop & RPGs Does the marketplace need to change? Privateer Pre… 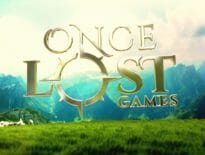 PC Smart story engine takes on the role of a DM in On…
💰 Copper Coins 💰 Geek Native is an affiliate and may earn commission on purchases you make from third-party sites.
🍪 Privacy & Cookies 🍪 The site uses cookies to survive. By accessing the site, you agree to use your browser to control cookie use or take 1d4-3 privacy damage (tracking). If you defeat cookies via ad blocking, please consider the Patreon. An intro to cookies, and how to control them, can be found here. I Manage Cookies