You are here: Home / Games / Tabletop & RPGs / Enjoy a cup of tea: A review of Towpath

Towpath is a game about cooperative creativity. I suppose you could call it a story game, I suspect some people might even call it an RPG, but I’d disagree with the latter.

The premises is this – we’re all going on a canal boat trip. Let’s get there through a set of mutually created beautiful scenes. I’m not sure this is explained in the download, but a towpath is a route alongside a canal that was once used by horses towing barges. You can add horses if you want, but, for the most part, your imagination is used instead.

Play begins with a circle being drawn on the sheet of paper the game is using to record the trip. This is your destination.

Each turn a different player picks up the pen and draws a new circle (which represent bridges) and a line (for the canal) so that the growing map finally reaches the destination. Bridges are numbered one higher or lower than the previous one so that some sort of order can be seen and the route examined.

The map is decorated, after a discussion, with flora, fauna, landscape details, locations, characters, scenes, mooring the boat or cups of tea.

It’s a straight forward game and is 6-pages in total. You can pay what you want for it, I paid $2, which felt right.

Towpath is clearly laid out, easy to read, makes use of colour and bright photographs of canals and teapots from Unsplash.

Unsplash is a site where photographers gain exposure, or share with the community, by contributing royalty-free pictures. I feel the photographers mentioned in the credits will be pleased that their photographs were picked by designer Jordan Saxby.

Whereas I enjoyed Towpath and will recommend it if someone asks me for a relaxing and communal storytelling game, I’m not sure if I’ll play it inside my gaming groups. If we’re gathered, it’ll be for a traditional tabletop RPG or board games. That’ll be the expectation.

I don’t think this is a bad thing, promise, but Towpath feels like it might find use as an ice breaker or team bonding event at work or a professional event. I think any moderator will be able to watch the dynamics of discussion and quickly determine who has dominant personalities, who is smart but shy, who persistently promotes their own ideas and who looks for consensus. I also think the resulting map and story is something the group can be proud of.

Towpath is by System X Emotion and is available as a “Name your own price” download from Itch.io.

Enjoy a cup of tea: A review of Towpath 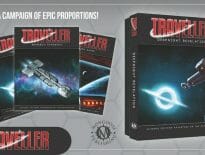 Tabletop & RPGs The most expansive Traveller campaign: The Deepnig… 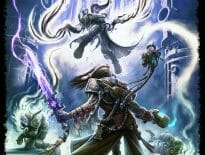