You are here: Home / Games / Tabletop & RPGs / Wizards of the Coast dramatically escalate their playtesting

In August, Wizards of the Coast started a new D&D playtest around subclasses for the monk and barbarian. In September they got spooky new options for sorcerer and warlocks. Then, in October the playtest expanded with subclasses for fighters, rangers and rogues.

Now, in November, they’ve gone even further and provided 13-pages of download for class feature variants.

You can download the new Unearthed Arcana class feature variants from Wizards here.

As a whole, the experiments seem popular. Freelance game designer Bryan CP Steele described the class variants to me as;

A great deal of fun, and an excellent way to spice up your game.

Rehauling the Ranger is becoming a trend. Beast Master may need to be its own class.

I’ve commented on the increased tempo of these Unearthed Arcana tests and how some of these new rules change the feel of some of the classes. The new wizard and sorcerer rules, for example, feel especially Lovecraftian to me.

The Rune Knight; it allows for an awesomely Nordic or high fantasy dwarven hero. I love the imagery.

At the same time, Chaudoin singled out the monk as a favourite.

I’m not suggesting that D&D 6e is coming, just that D&D 5e will soon become one of the longest-lasting editions. Wizards may be looking to do a dramatic refresh.

I asked Austin Chaudoin why WotC might be ramping up their playtesting.

Oh yea for sure! I think we’re about to get the sequels to the PHB and DMG

I think we might be getting a published hard copy collection of these classes and such in 2020, and they want to make it worth everyone’s money.

Wizards of the Coast dramatically escalate their playtesting 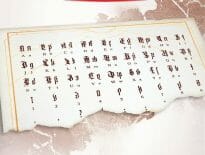 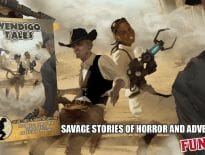