You are here: Home / Games / Tabletop & RPGs / This message will self-destruct in 3 seconds: CAPERS Covert RPG

CAPERS is a superhero RPG set in the 20s, and this Kickstarter will advance the timeline to the swinging 60s.

As this post goes live, CAPERS Covert is approaching 400% funded, and it’s one of those thoughtful Kickstarters that let you get the core rules, along with this supplement, in the pledges. You can follow progress on the campaign page.

In comparison to some of the Kickstarters Geek Native has looked at recently, CAPERS is pushing the cheaper end of the scale. In the good and money-saving sort of way.

It takes only a pledge of $10 to get CAPERS Covert in PDF and a print-at-cost coupon. Remember, though, this is only a supplement.

If you want both CAPERS and CAPERS Covert, that’s the core rules and supplement, then it’s $23. That’s for 2 PDFS and 2 coupons that’ll get you print-at-cost links for the books.

Backers have gone higher, though, $45 also adds the Noir supplement. The highest tier has sold out.

CAPERS uses playing cards in its mechanics. The pips on the cards determine whether you succeed, and the suit determines the degree of success or failure. You can generally keep flipping cards, you are a hero after all, but doing so and pushing for that success brings the chance of failure.

We’re safely into the stretch goals for this campaign. Two more powers have been unlocked, with extra rules and gadgets.

The last listed stretch goal requires $4,000 to be hit by backers, and we’re currently at $3,430. It seems possible that the extra cities will be added to the game.

This message will self-destruct in 3 seconds: CAPERS Covert RPG 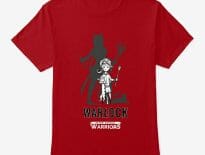 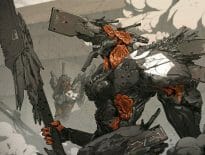