It looks like Astral Tabletop is celebrating a big geeky convention again and I hope this becomes a thing. Let’s think of those poor gamers (like yours truly) that rarely get to go to these events.

For Gen Con, Astral temporarily upgraded all free accounts to pro accounts and offered a 20% coupon.

This time, we have PAX West coming up, and from 30th of August to the 2nd of September, Pro features at Astral become free to everyone to use.

So what? This means access to 10,000 or so character and map assets.

Other Pro perks include animated unlimited map layers, but I’d be mindful of building anything too impressive that exceeds 100 layers in case you get caught out when the limit reverts after PAX. Although, 100 layers seems like enough to me! Pro accounts also have access to a more extensive collection of visual effects (free get; snow, rain and night) and a quick chargen system.

There’s another 20% coupon too. This time the code is PAXWEST2019. It applies only to the annual plan, which is the cheapest option and most tempting provided you have the money up-front.

It’s been a busy time for the DriveThruRPG/OneBookShelf backed Astral Tabletop. They’ve integrated Call of Cthulhu templates that have been built in partnership with Chaosium. In turn, Chasoium has been telling their fans about Astral.

We’re really excited to open up Astral for everyone to play or try a new tabletop game this weekend to celebrate PAX,”

We have new pre-game templates for Call of Cthulhu, Dungeons & Dragons, and Pathfinder that you can use to jumpstart your games. Learn a new game without needing to prep.”

There’s also a contest running at Astral Tabletop in which one month of Pro access, four Mythic Portal Games map packs and publicity make up the top prize.

#AstralHexYeah, the competition, runs from now to the 4th of September and has Astral Tabletop users designing hex maps and sharing them on Twitter with the #AstralHexYeah hashtag.

The Hex Map add-on is new to Astral and is a solution that can be superimposed on to any Astral map so that you can play games like Starfinder on any map. 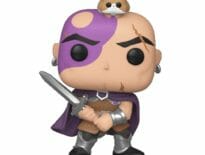 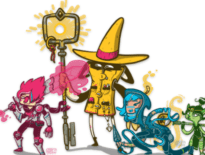 Tabletop & RPGs The behemoth awakes: The JRPG Tabletop Adventure G…
💰 Copper Coins 💰 Geek Native is an affiliate and may earn commission on purchases you make from third-party sites.
🍪 Privacy & Cookies 🍪 The site uses cookies to survive. By accessing the site, you agree to use your browser to control cookie use or take 1d4-3 privacy damage (tracking). If you defeat cookies via ad blocking, please consider the Patreon. An intro to cookies, and how to control them, can be found here. I Manage Cookies