You are here: Home / Games / Tabletop & RPGs / Cults of the Blood Gods are coming to Vampire 5e

Onyx Path Publishing will Kickstart a new type of sourcebook for Vampire 5e, one that introduces “the pernicious horror of twisted beliefs”.

It does not seem all that long ago when Geek Native was reporting on World of Darkness’ new owners reviewing all license deals. That was a review which must have put a Sword of Damocles (well, a dagger) over Onyx Path’s head. The publisher had been thriving off a combination of Kickstarter projects and 20th anniversary World of Darkness books.

It is a deception. It was not recent at all. That news was five years ago and a lot as changed in that half-decade.

For one, Onyx Path has diversified with products like the Scarred Lands and Scion.

White Wolf are no longer making World of Darkness products, that’s another pretty big reason. Jason Carl and the team now manage the brand, and they seem to be going great guns as all sorts of promising Vampire games have been announced. Games made by other companies, under White Wolf’s supervision.

Modiphius now have the license for Vampire: The Masquerade and have started to make their own product announcements.

Onyx Path keep on making Vampire products too. In fact, they have a World of Darkness developer in the form of Matthew Dawkins. Dawkins will helm Cults of the Blood Gods. He told press;

I’m tremendously excited to be developing Cults of the Blood Gods for V5! We’ll be seeing all kinds of faiths and factions, from the Church of Set to the Hecata, the Bahari to the Church of Caine, the Mithraic Mysteries to the Cult of Shalim, and more besides,”

Being able to provide rules for this edition’s Clan of Death is quite the privilege, and we’ll be looking to impress people with how they’re presented. I’ve got an excellent, diverse team with a range of experience on this book, and we’re all going to work hard to make it stand out.”

The manuscript for the sourcebook is already underway. Over the years, Onyx Path has developed a process in which their books are largely ready by the time they come to Kickstarter. This reduces delays and problems. As a result fans trust the projects to deliver and often pledge in great numbers.

The book is expected to have a range of esoteric vampire cults with churches, their own heresies and warring dogmas. It will include Kindred cults, faiths built around methuselah worship, rites and in-character texts.

There will be new rules too as the Cults of the Blood Gods introduce Hecata, the Clan of Death.

Cults of the Blood Gods are coming to Vampire 5e 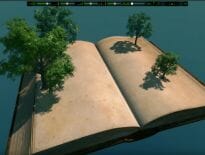 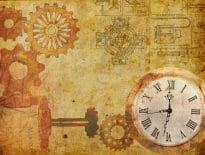