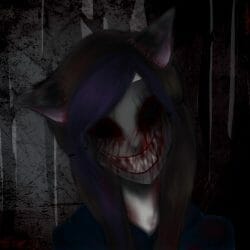 Late last month the news broke that White Wolf publishing was being sold to Paradox Interactive. White Wolf, previously bought by EVE Online owners CCP, own the licenses to World of Darkness games like Vampire, Werewolf and Mage.

While plans for a World of Darkness or Vampire: the Masquerade MMO began to run into trouble, progress continued on the tabletop roleplaying games. CCP and White Wolf struck a deal with Onyx Path Publishing, founded by former White Wolf Richard Thomas. Onyx Path earned the license rights to publish both classic and new World of Darkness along with Exalted. Onyx Path teamed up with Nocturnal Media to buy out right control of Scarred Lands1. Separately, they also took control of Scion and Trinity.

Geek Native has learnt that White Wolf is now moving to renew all licensing deals. What does this mean for Onyx? They’ve been hugely successful with Kickstarters and have published a slew of World of Darkness materials.

While we can’t speak for Onyx, we are reviewing all current licensing relationships that White Wolf has had with it’s partners. We will continue to work with third parties for a number of White Wolf’s IPs who we believe are the best fit for the property.

In a blog post at Onyx Path Publishing Richard Thomas addresses some of these concerns.

Well first off, understand that the negotiations were completely black-boxed. As licensees, we had no official word that anything was actually happening except that some things were happening. The two corporate entities had to negotiate without outside voices confusing the process.

So, I don’t really know Paradox or the new White Wolf Publishing’s head guy Tobias. I do know Martin, who will be their Lead Storyteller (Creative Director), and he was a great guy to get to know years ago. If you look at the collage on our website here, that’s Martin as the brooding Dracula.

Tobias and I will be talking in detail later this week and I certainly expect to have a better idea of their plans after that. And as always, I’ll share what I can when I can.

In a summary, Onyx Path describe the current situation as “business as usual” and encourage fans to be friendly to Paradox.

Geek Native’s own flash poll on the buyout, first published with the breaking news suggests fans are overwhelmingly in favour of the deal. At the time of writing nearly 75% of respondents described the deal as “good news”.

Books Deadly power struggles: A review of The Boy Who We…
💰 Copper Coins 💰 Geek Native is an affiliate and may earn commission on purchases you make from third-party sites.
🍪 Privacy & Cookies 🍪 The site uses cookies to survive. By accessing the site, you agree to use your browser to control cookie use or take 1d4-3 privacy damage (tracking). If you defeat cookies via ad blocking, please consider the Patreon. An intro to cookies, and how to control them, can be found here.
I Manage Cookies