You are here: Home / Games / Tabletop & RPGs / Published a stat block? D&D are sending takedowns as a legal challenge brews

The Dungeon Masters Guild is where you can publish, sell and keep some of the money earned on D&D material you’ve created. There are rules, though, in the form of the Open Gaming License and the DM Guild’s own.

But what if you don’t use the DM Guild? What if you just post a stat block you’ve been working on to Facebook and ask for comment? What if you publish it on your own site, with your own copyright notice, and then gave it away for free?

Gamer Robert E Bodine did the latter and its resulted in an email from Wizards of the Coast’s legal team.

The catch? Bodine, who writes as Frylock, is an attorney with a speciality in intellectual property wall. He’s represented game publishers before.

Is it legal to publish stat blocks?

That’s the question this whole drama raises, but we don’t get to an answer here and nor will you find any legal advice on it. Not here, not from Bodine.

We’ll soon get an answer though, as Bodine has indicated he’ll be fighting Wizards. He writes;

Most of you ‘aren’t going to base your decisions to publish stat blocks on what I write here. You ‘shouldn’t, because whether a game designer can validly claim copyright infringement of a stat block depends on exactly how you word your stat blocks and spell descriptions. Even if you do so without infringing, ‘it’s still scary and expensive to face a lawsuit. However, ‘I’m willing to take that risk so that ‘we’ll have a definitive answer in the not-so-distant future.

To everyone’s benefit, Robert E Bodine has published a lengthy and informative breakdown of trademark, copyright and other related laws in a post titled Part 1: Copyrightability of #RPG Stat Blocks .

At the risk of a dangerous and inelegant summary;

The ‘enough’ on the end of ‘creative enough’ is crucial as it prevents the basic building blocks of creativity – like words, or shapes – from being taken away from everyday use via copyrights.

Why is Wizards of the Coast upset?

Frylock had been busy converting 5e material so that all the information you needed to run an encounter was present in the monster’s stat block. No need to flip around between pages. He finished Tales from the Yawning Portal and then moved on to Volo’s Guide to Monsters.

That was when the complaint from Wizards of the Coast arrived.

A paralegal at Wizards of the Coast sent me an email demanding I take down my one-stop stat block project. It’s clear he really didn’t read the document because he made a rather glaring factual error. He also insulted my intelligence. I can live with that, but it shows what I’m dealing with.

That was in May.

At the start of August, Bodine shared an update which revealed some of what WotC’s paralegal had said. Here’s a quote from the paralegal.

Wizards realizes that the Dungeons & Dragons books are more than just “rules” or “instructions.” The text is highly descriptive, and as such, is inherently copyrightable.

As you would expect, Wizards of the Coast’s legal team knows all about the functional versus creative requirement for copyright and in their email to Bodine moved swiftly to insist text is creative and therefore protected by copyright.

Wizards are upset because they’ve spent money on and owe their future on the success of Dungeons & Dragons. They’ve provided a means by which people can contribute to the hobby in a framework that reduces the risk of brand damage of lost sales. They think Rob Bodine’s activities outside that framework might risk their brand, the legal protections they’ve put in place and their finances.

Copyright is essential to protect the creative industy as we know it. The gaming hobby would not exist as it is today without creators being able to pay their rent. Piracy is not a victimless crime.

However, copyright law must be applied correctly. Imagine is someone managed to get some sort of legal protection on the idea of rolling dice as part of game mechanics, or contracting ‘roll 1 six-sided-die’ to ‘roll 1d6’, or protected the phrase ‘make a wisdom check’?

Some people might worry that WotC is going too far by trying to protect stat blocks in this way.

Rob Bodine’s encounter with Wizards of the Coast’s team must be stressful and messy, although it’s worth noting he was invited to carry on under the OGL.

We benefit from the fact that the Frylock blog is writing up legal considerations (but not advice) carefully (for US courts).

What do you think? An important case that will redefine the future of fan and third-party involvement of D&D in the future? Or a storm in a teacup?

Thanks for the share. I feel I need to respond to some of what you said. To the extent you’ve misunderstood my points, that’s almost certainly my fault. This was a difficult blog to write because it’s directed at two very different audiences. I had to back up my assertions with legitimate legal authority but do so in a way that didn’t confuse or bore the non-lawyers that need to read it. Moving on . . . . I mention “creative enough” an awful lot, but I do so as a “even if” scenario. For example, “Even if ‘hit points’… Read more »

Thank you for spending even more time to add even more clarity. It’s appreciated!

Hi Rob, thanks for the further details. Quick question: so were you charging for your materials that would make it easier to run these adventures?

Published a stat block? D&D are sending takedowns as a legal challenge brews 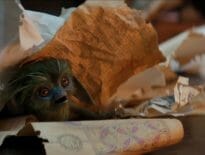 TV Cute and horrible: The Dark Crystal – Age of… 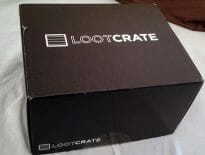