Has the subscription box model gone from boom to bust? The dominant player in the market, Loot Crate, has filed for Chapter 11 bankruptcy protection.

The situation looks bleak for Loot Crate, but a Chapter 11 means it is not over. Not yet.

Loot Crate owes $20m to subscribers in the form of pre-charged but not delivered items. It owes $30m to trade partners from where it was buying the goodies for the crates. According to ICv2, Loot Crate also owes $1m to Facebook, half a million to Marvel and half a million to MLB Advanced Media.

The situation turned against Loot Crate when a financial partner, Midtown Madison Management, started to take its money back – withdrawing from Loot Crate’s accounts, as it is allowed to do under the terms of the loan. Midtown Madison had loaned some $21m to the company.

The last straw was Vantiv. Vantiv is the company that processes the credit cards of Loot Crate’s customers, and it feared being caught in the middle. Vantiv stopped processing customer credit cards, worried about people asking for refunds that Loot Crate might not be able to provide.

Chapter 11, though, is a protective measure which allows companies to restructure. This restructuring often means selling assets to address immediate concerns and then selling the company.

According to the Wall Street Journal, Loot Crate has talked to 100 possible buyers. Only 1 fits the bill and is ready to play, so far. It’s not quite Avengers: End Game odds, but it’s not a great one.

This new company is called, wait for… Loot Crate Acquisition LLC. It has been created especially for the occasion by Money Chest who have already bought Midtown Madison’s debt and already given Loot Crate some money to keep going for now. Loot Crate Acquisition may be a serious contender to buy Loot Crate, or it may be a stalking horse designed to flush out any serious bids if there are any out there.

We have worked diligently to overcome challenges with our capital structure, along with legacy issues the Company has been struggling with for the past 18 months. We are very pleased with our progress from an operational efficiency standpoint, however, the company still faces liquidity issues,”

After careful review of a wide range of available options, management determined that a sale of the Company is in the best interests of all parties, including our valued Looters (customers) and employees.” 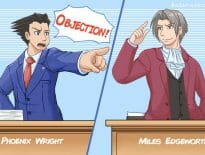 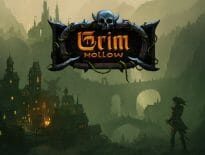