Last year, Microsoft, Intel and Universal Studios teamed up with the indie games platform to run a competition. They wanted to find the next hit Unity game and ended up judging more than 500 submitted prototypes.

In Season 2 of the new Netflix Voltron, there’s an episode in which the Olkari people had to deal with a single gigantic cube superweapon. Voltron: Cubes of Olkarion takes that as inspiration, reduces the cubes in size but increases their number. An army of cubes is better, right?

It’s a two-player game (vs AI or human) on a single screen. You’re trying to hit your rival’s base three times while protecting yours. Attacking and defending are achieved by building Olkari Cubes, which have unique powers of their own.

There are eight different cubes which keeps the game exciting and challenging. There’s no ‘one tactic to win’ possible in the game, and there are five different characters and four various battlefields to keep you busy.

You can find Voltron: Cubes of Olkarion on Steam where it is released on the 25th. 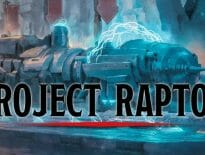 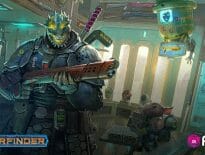