Welcome to the anime edition of Irregular Reconnaissance. Here you will find a set of five short reviews on anime shows you can get to via legal streaming channels.

Of course, accessibility is only the first challenge. The main issue is whether or not any of these shows deserve your time. The scouts have gone out, studied these shows and decided yay or nay.

Your intel is highly appreciated too. Are there any shows you’ve given the thumbs up or thumbs down on recently? Let us know in the comments below.

A word of warning for this issue. We start with the controversial and adult Goblin Slayer.

This show sets out to shock you. It makes the most vigorous effort to do so in episode one, which is full of sexual violence and brutal surprises.

Goblin Slayer is one of those animes so brazen that invites mainstream condemnation. It’s absolutely and entirely appropriate to hate the show.

Despite that, Goblin Slayer is pretty popular. It tells a story that can only be told through animation. It’s the story of commitment and determination, about ignoring what other people think of you and doing the right thing.

It took me nearly the full series to get into Hero/Mask. I’m glad I did, while the ending might not feel much like a conclusion, Part 2 is out on Netflix this week, and the final episodes are intense.

You’d be forgiven for thinking this was an anime of James Bond. There’s no single character the story focuses around, but one of the leading players is agent James Blood.

Set in London, animated with more realism than 99% of other anime and telling a story of criminal technology, Hero/Mask has the crime-fighting heroes up against the Masks. Masks can heal and boost the physical characteristics of the people who wear them.

The realism effects the pace of the show. It’s a bit slow at times as it builds up personalities, but when there’s action, it’s gritty and well-choreographed. It’s almost as if someone was hoping this story would be a spy film one day.

What do you say about an anime with eight exclamation points in the title?

Keijo is a show where pretty young women are squeezed into swimsuits and then compete in aquatic wrestling. The rules of the wrestling as that they can use breasts and butts to knock opponents out of the ring.

I’ve watched three episodes and have given up. I’m not sensing any plot, and if all I wanted were titillation, then there would be better and bolder elsewhere.

Why watch it at all? Keijo came to my attention after a mainstream site used it as an attack on anime. In the comments were a lot of young women (or so they claimed) defending it, saying they’d wear swimsuits and squash themselves against other women if they wanted. It was turning into a culture war thing. Is it freedom or exploitation? The anime isn’t good enough to hold my attention, but that debate certainly does. It’s far more interesting.

Status: There are ‘specialist’ sites with better content
Where: Crunchyroll | Funimation

Kuromukuro dates back to a time when Netflix was a little bit more cautious about anime. I think it’s okay to imply that the execs were impressed enough with the animation and story to take a risk with it.

We have got a samurai who wakes up from the past and gets himself involved with a local family. He’s been fighting ogres.

At the same time, there are secret goings-on with mecha and government agencies in the otherwise sleepy town. Needless to say, the ogres and the aliens turn out to be the same thing and humanity is at risk.

This is a strong action story, with fully developed characters and more plot than just fights.

I last looked at Kill la Kill in Irregular Reconnaissance #14 which was published on Christmas Day 2014. I said I didn’t see what the fuss over Kill la Kill was.

Then I got ill. Perhaps it took a slight fever to enjoy the surreal antics of the magical and revealing clothes as they and their models fought each other over the fate of humanity. Or perhaps I just didn’t have the energy to change the channel.

Kill la Kill did begin to win me over. The characters build up over time, and there are nuances within the madcap plot. You start to feel for some of the would-be villains.

Status: An acquired taste
Where: Hulu

Adventures of Sinbad is a spin-off of Magi: The Labyrinth of Magic. That’s a show that got much better in later episodes and Sinbad was one of the better characters they introduced.

This is an origin story all the way through to significant victory. It’s fun and frantic and makes you feel that all the time you put into watching Magi: The Labyrinth of Magic was worth it.

I enjoyed it. Would I have liked it as much without having seen the original? I suspect not.

Status: Recommended if you enjoyed Magi
Where: Netflix 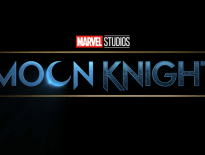