You are here: Home / TV / The latest Another Life trailer hints an SG-1 and Lost in Space mashup

Netflix, in their on-going commitment to great sci-fi shows, is about to start airing Another Life. The show features Katee Sackhoff as Niko Breckenridge leading an interstellar mission to find the origin of a vast alien artefact that landed on Earth.

The show starts to stream on July 25th.

You can get to the show from this Netflix page. It’s rated mature and co-stars Justin Chatwin and Samuel Anderson.

Another Life was created by Aaron Martin, the creator of the Slasher TV series, and it’ll run for 10 episodes.

Is Katee Sackhoff getting fed up of these sci-fi roles? She’s keeping it to herself if that’s the case. 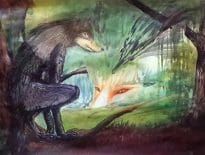 Tabletop & RPGs Genre Police: This Water Is Not Window 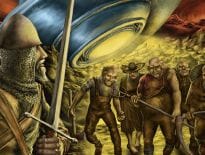