You are here: Home / Games / Tabletop & RPGs / D&D rules with a modern flare: The Spy Game

The Spy Game is an action and espionage RPG from Black Cats Gaming that uses D&D 5e rules in a contemporary setting to tell stories of spies, assassins, suave secret agents and diabolical masterminds.

The Kickstarter is asking for £17,000 in funding, which is a non-trivial amount, but at the time of writing there are still 33 days on the clock and over £12,000 pledged. The spies might pull this one off. You can follow progress over at the campaign page.

You can grab a free quickstart to The Spy Game, for a limited time, at DriveThruRPG.

Although The Spy Game is built around D&D it needs to rip up a lot and relay basics given it’s not even remotely related to sword and sorcery fantasy. There are 16 archetypes like hackers and technicians, for example.

The game also promises to give us realistic to fantastic movie spies. The former will be a challenge as D&D 5e is quite an abstract game.

The first stretch goal unlocks at £18,500 with eight more archetypes (classes) for the game such as dog handler and ninja. There’s a mission booklet at £20,000 and more art at £25,000. They’ve clearly set big numbers against the Kickstarter and must be feeling confident.

A second mission booklet is available at £28,000 followed by a second set of custom dice and a GM screen upgrade although figures have not been assigned to those latter two.

There’s a Twitch channel associated with the campaign too. RPG Webby has 181 followers, and that’s a pretty good way to get word of mouth out.

The channel sometimes hosts Encounter Roleplay, who have nearly 28,000 followers and a banner The Spy Game at the very top of their screen.

D&D rules with a modern flare: The Spy Game 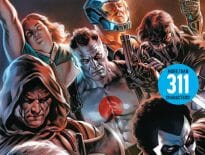 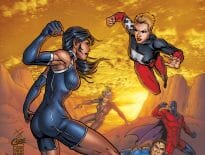