You are here: Home / Geek Stuff / Free until the end of the month: Chivalry & Sorcery launches Kickstarter and Quickstart

The Chivalry & Sorcery 5 Quickstart is free and only available until 30th July 2019. The 43-paged download is in support of the Kickstarter to bring this first generation era classic RPG back.

The Kickstarter has already funded, easily beating the target of £12,000 and, at the time of writing, there are 26 days still to pledge. You can follow progress at the campaign page.

The goal is to deliver Chivalry & Sorcery 5e in February 2020. It’s a medieval fantasy game with a magic system based on real-world believes of the time. The earlier editions had a strong Christianity lean, but 5e will expand to include Islam and Judaism.

The £15,000 target has been unlocked. That’s “Treason” a scenario from Steve Turner in which the PCs must save the throne. £20,000 is still to come and will open the “Nightwalkers companion” for vampires and were-creatures by Paul Wade-Williams. After that, there’s a scenario from Wade-Williams, an album of medieval music, the “Goblinoid and Trolls” Companion, the print version of those PDF stretch goals and finally a set of mini skirmish rules.

Shipping isn’t included for any of the tiers, not domestic UK customers and Brittannia Game Designs can’t ship to Brazil. Who knew shipping costs from the UK to Brazil were so weirdly high and out of phase with everything else.

Are you an old Chivalry & Sorcery player? Does it live up to its reputation for being hugely thorough and detailed?

Free until the end of the month: Chivalry & Sorcery launches Kickstarter and Quickstart 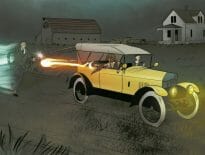 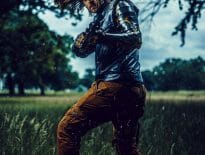