You are here: Home / Games / Tabletop & RPGs / Superhero Week: This introduction to CAPERS, supers is 1920s America, will get you 33% off the RPG

CAPERS from NerdBurger Games is a DriveThruRPG bestseller, and with this link you get 33% off. CAPERS will be added directly to your shopping basket at a discounted price.

The 20s in America is the era of Prohibition, alcohol is illegal and organised crime is booming. In the RPG you get to pick which side you’re on.

Geek Native spoke to Craig Campbell, the game’s designer, and asked about the game. We discover there’s more CAPERS in the works including CAPERS Covert and CAPERS Offworld.

What’s the elevator pitch for CAPERS? If only had a few moments to tempt a group into giving the game a try, what would you say?

CAPERS is a super-powered RPG of gangsters in the Roaring Twenties. You can play super-powered criminals vying for control Prohibition, gambling, racketeering, etc. or play a super-powered member of the thin blue line working to bring these criminals to justice. The mechanics are built around standard decks of playing cards and each trait check is like a little gambling game. Do you take a limited success or press your luck for something better, and possibly fail?

This might be an easy question to answer or a challenging one, but here goes; CAPERS won a Judges award in the 2018 BAMFies (that’s an award for the best in superhero gaming), what does the game do that caught the judge’s attention?

I think it mashes up supers with an era that doesn’t see a lot of play in RPGs. Usually, if an RPG is set in the early 20th century, it’s a Cthulhu game or something revolving around WW1 or WW2. CAPERS hits on the Roaring Twenties, an evocative era in the US history, and mixes it up with super-powered individuals.

What three tips would you give to GMs getting started with CAPERS so that they have an easier time running a good game for the group?

Since the playing card based mechanics are kind of atypical for many gamers, start slow with introducing mechanics-based stuff. Start heavy on narrative and roleplaying, hit a few trait checks, then maybe an encounter built around multiple trait checks, and THEN get into a combat with reaction checks, lots of trait checks, and more power uses. Second, get familiar with the basics of the 1920s and what it was like. You don’t need to know everything but if you commit to bringing a little bit more of the setting and era into play for each session, you’ll keep the players immersed in the (alternate) history. Finally, don’t be afraid to make stuff up. The rules aren’t super robust. The game is designed keeping in mind the idea that the GM and players will invariably house rule and invent their own stuff to make it the game they want it to be.

Roleplaying is enjoying a boom in interest right now. Do you think the success of certain superhero movies is contributing to that at all or is it all new technology introducing new players to the hobby?

I think there are a lot of factors contributing to the RPG boom. Superhero movies, Star Wars, and so forth are sparking imagination and demonstrating that genre fiction is cool. Online communities, online tabletops, actual play streams, and podcasts are spreading all manner of games to the masses. Online PDF sales, print-on-demand, and crowdfunding make publishing your own game easier than ever before. Social media helps people learn about new games and market their own work. The geeks have inherited the Earth. It’s no longer geeky to be into superhero movies or RPGs or online communities. They’re all part of the mainstream or fast becoming so.

Can you tell us about any future plans for CAPERS?

We just published CAPERS Noir, a supplement and expansion for the game that adds new player stuff along with an alternate setting/theme of 1940s Los Angeles crime noir. CAPERS Covert, a 1960s-set classic Bond style super-spies and super-villains (with superpowers) supplement, will be coming soon. And CAPERS Offworld will eventually tie all three eras together with early 20th century retro-future sci-fi (think classic Buck Rogers/Flash Gordon) with superpowers and time travel. Beyond that, I have a few ideas, but none of them are fully formed at this point. Stay tuned!

Thanks to Craig for the interview and discount. This introduction to CAPERS is part of Superhero Week and once you’re done here you can teleport to a random superhero themed article.

Superhero Week: This introduction to CAPERS, supers is 1920s America, will get you 33% off the RPG 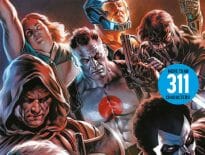 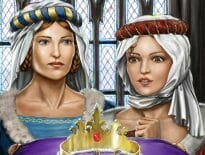 Geek Stuff Free until the end of the month: Chivalry & S…
wpDiscuzComment Author Info
Manage Cookie Consent
This site uses cookies 🍪, and links are ads that may earn bloggers some money 💰, and with this alert, I very much hope that these dark truths 🧌 are acknowledged.
Manage options Manage services Manage vendors Read more about these purposes
Preferences
{title} {title} {title}
Loading Comments...