There’s a phenomenon you will likely have encountered if you have ever taken part in a conversation or debate in the geeky corners of social media. There is a small but active tribe of geeks who seem to take great delight in correcting people.

In some ways, I get it. It’s right to point out that the character you play in Zelda games is Link or that the Doctor does not refer to herself as Doctor Who. It’s just that some people always take this too far and never seem to let a single suggestion of a possible oversimplification or inaccuracy stand. It’s like they’re crawling the internet, looking for errors, just to spring forth with their correction.

Google’s Crowdsource is somewhere to send them.

At Crowdsource, Google gives out levels and achievements for people who help train its algorithms (and perhaps its machine learning) by correcting mistakes.

In the ‘Image Labels’ task, you can earn points by agreeing or disagreeing whether or not the right thing is in the picture or not. With ‘Captions’ you can vote yes or no to whether or not a caption matches a picture.

Sometimes Google Crowdsource throws up mundane errors, rarely does it throw-up surreal juxtaposition and sometimes there are absolute classics that will surely press all the right geeky compulsive corrector buttons. This ‘Back to the Future’ suggested caption for this Star Wars image is a good example.

My recommendation is the next time you’re at your wit’s end due to a compulsive corrector you should send them to crowdsource.google.com and invite them to spend their talents and energy there for the greater good. They might thank you for it.

Have you played around at Crowdsource yet? What level did you get up to? 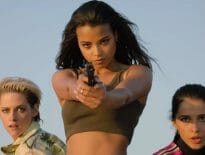 Movies Charlie’s Angels come in shooting with the o… 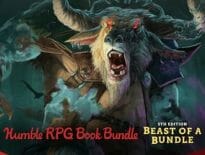