You are here: Home / Games / Tabletop & RPGs / Time running out to join the sinister “We Die Here” RPG

Elizabeth Chaipraditkul and Steffie de Vaan, like a growing number of RPG creators, run a Patreon for supporters. The concept is pretty simple; if you like a thing, then you might want to support it financially. Patreon offers one-off payments or a small monthly fee like a micro-Netflix.

In Liz and Steffie’s Patreon you can show your support for a dollar, five dollars or more. Each month a game teaser comes out, if the community likes it, then work progress and if you’re a $5 supporter before the end of the month, then you get a copy of the game. You only pay when games come out.

This month the game is “We Die Here” which means you only have until Friday to become a patron if you want a copy of the game.

The Daughters of Discord weave dreams into their music. Notes that are a little too short, or a little too long, or just a bit out of harmony. The melody is beautiful, mesmerizing, and utterly alien – much like the band’s eldritch patron. The band counts five Daughters, each of them born and raised in Hearth. The town let them leave against all odds, or perhaps the alien in its death-sleep under the earth engineered their escape. It drew them back in though – after seven years of resisting, the town’s pull proved too great. The Daughters are desperate for a second escape – they know Hearth for the deathtrap it is – and believe their patron will let them go again after they play their music and trap Hearth in its web of nightmares.

The game is inspired by Twin Peaks, Stephen King’s IT and Netflix’s Dark. You know the spooky small town stories and all the dangers they bring.

Every character in the game has a Need on their character sheet, a Want as well as a Secret. PCs cannot bear to lose their Need and would give anything to acquire their Want and everyone’s Secret is dark and should never be discovered.

There’s no traditional combat in We Die Here. You can’t win by chopping a monster’s head off. You could, though, in the spirit of the stories the game is based on, manage to lock the horror away in a basement. That’ll work, well, for a generation or two.

Music for We Die Here

Geek Native spoke to (aka badgered) Steffie de Vaan, and she kindly agreed to select tracks for a Spotify playlist. Here are author curated songs to have in the background to help with the ambience.

If you don’t have Spotify (or aren’t logged in) then you should still be able to hear a teaser for each track. That should be enough to suggest the sort of music that Steffie had in mind for the game.

With titles like “I Want To Kill You” from Darling Violetta and “Dear Darkness” from PJ Harvey players will know they can’t afford to disrespect the town.

Tempted by darkness? Pop over to Liz and Steffie’s Patreon.

What do you make of the Patreon model? A good way to support indie creators? Oh, and did you know Geek Native quietly launched a Patreon a few weeks ago?

Time running out to join the sinister “We Die Here” RPG 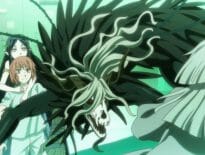 Anime Gentle romance and death magic: A review of The An… 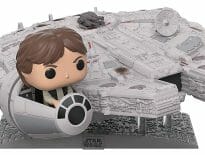