You are here: Home / Games / Tabletop & RPGs / It’s all about speed: Wizard Thieves racing through Kickstarter

The name ‘Wizard Thieves’ might immediately make you think ‘Oh, another fantasy-themed card game on Kickstarter’ and you’d be half right. The main thing about Wizard Thieves is that it’s a speed game, about your reflexes and dexterity. It just so happens to have a fantasy flare to it.

At the time of writing, Wizard Thieves is about to fund on Kickstarter. It’s 88% of the way there and with more than two weeks left to run. You can take a look at the progress on the Campaign page.

There’s a generous offer to include free worldwide shipping, and so you need only pledge CA$ 20, and you’ve got the cards, all stretch goals, and the premium Print and Play files too. Those files are available for a few bucks at a smaller tier.

The Wily Witch expansion is a stretch goal. While Wizard Thieves, by design, has players start off as equals in the loot grabbing challenge, this set of extras can add some asymmetry into the game.

Geek Native has an exclusive first peek at the Wily Witch cards.

The Wily Witch is a 5th player. This player has fewer cards than wizards but benefits from The Magic Broom card no matter who discovers it. In other words, the random location of this card in the deck will have an influence on the game.

How to play Wizard Thieves

Want a bit of a better idea of how to play? Creator Jeremy Rozenhart has put together this video.

It’s all about speed: Wizard Thieves racing through Kickstarter 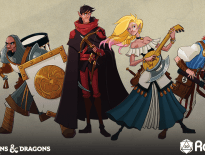 Tabletop & RPGs Judge for yourself: A look inside Roll20’s D… 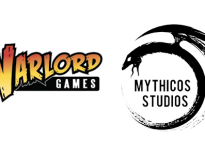