Warlord Games, the company behind Rick Priestley’s Beyond the Gates of Antares, Bolt Action, Hail Caesar and Pike & Shotte to name a few, are entering into a long-term partnership with the American Mythicos Studio.

The press release does not use the phrase “joint venture” let alone words like “merger”, but new and current Mythicos studios will become known as Warlord Mythicos Studios.

The idea of the partnership is to take the successful Mythicos membership model that wraps around the company’s retail business and their events business and expand it through America, bring it to Europe and fill it full of Warlord supported products.

Which products? We’re told board games, collectable card games, role-playing and tabletop too.

The ambition is to get Warlord Mythicos Studios in every major US metropolitan area and build a global presence for the brand in its entertainment, gaming, products and venue business.

Nelson Martinez of Mythicos and John Stallard of Warlord Games did issue a joint ‘agreement’;

This type of consolidation and partnership by companies which share common goals will ultimately benefit the hobbyists and gamers, but also open up new ways for the hobby industry to expand and adapt to an ever-changing gaming environment.

What do you think? Is this a great time to be pushing aggressively into the board game cafe-meets-bricks and mortar side of the gaming business?

It’ll be interesting to see what developments in the card and role-playing game spaces these two companies might now make. Could their combined strength, albeit two close allies and not a single company, lure in some big licenses or designers? 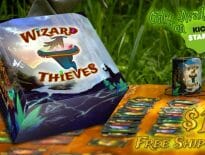 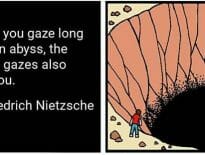