Pessimism is on the rise. Everywhere we look, our freedoms are limited. Our bodies are not our own, our minds are told what to look at, our choices eradicated. We sleepwalk throughout existence, allowing the amoral or insane to rule. In this brutal world there are only two choices. Submit and suffer or resist and die.

Welcome to the Dystopia. It’s a fairly horrible place.

Dystopian literature takes a number of forms, due to its wide range of social, environmental or economic concerns – there are a thousand, thousand possible ways we doom ourselves – but they all share the same fundamental philosophy: due to the human condition, the future is a bad place. No matter what happens, we are fundamentally doomed. It’s a genre where those in charge cannot be trusted and the damage is already done.

Funny that it’s on the rise in America and England at the moment. It’s almost like something happened in the last few years to colour the local… what was that? Political discussion is thoughtcrime? I’m guilty of doublespeak?

I guess it’s on with the article then.

Dystopian fiction is often seen as a reaction to current trends. Ever since Orwell very subtly wrote about an imaginary 1984 in 1948, the genre has worn its speculative nature on its sleeve, with the primary construction of Dystopian fiction to be ‘pick a current issue and turn it up to eleven, follow it to its conclusion’. While this sounds like an easy cop-out, it has the opposite effect, giving Dystopian settings a sort of rawness that is missing in more escapist fiction. We know this world is right around the corner. A correctly pitched Dystopia not only makes us feel uncomfortable with our modern world, it also forces us to act.

So can that have meaning inside the context of RPGs? Well, your interaction with these themes is largely dependent on your playstyle, group and community. If you’re the sort of person who plays a vast variety of indy games and are interested in exploring RPGs as a vehicle for understanding and learning different cultural experiences and power imbalance, then you’re probably already jumping up and down at me and yelling ‘Yes! RPGs are totally a force for laying bare the problems of the modern world and inciting people to action! Come join me playing Youth In Revolt’. But let’s be real here for a minute – if that’s the case, your experience is not the mainstream consumption of RPGs. Most people aren’t looking for a call to arms when they sit down to their weekly tabletop group. So, are dystopias in RPG games merely interesting pulp adventures of resistance with no weightier content?

When we look at the Dystopias that have really stuck with us, we see common thread emerging. Examples of the genre that stick in the mind are often about resistance and the failure of that resistance. An individual struggles to keep a part of what makes them human and is eventually overwhelmed by the new order. Most protagonists in Dystopias are broken by their struggle, even if they are successful in their greater goal. The struggle is the important thing, by seeing the fight to maintain human traits, we begin to understand the value of them. Our hero may have lost but we ourselves have gained – as they perish or change they we see the importance of that struggle, the future we seek to avoid.

This theme is a universal one – the struggle for individuality is worth any cost, even failure. It’s the act of trying that is important. When you look back on the game you’ve played, often it’s not journey along the game’s overarching plot that people remember but instead the moments on that journey. And that struggle of people defined by hard choices is key to many RPG’s core philosophy.

If you go back over my early articles, you’ll see that thematically, Dystopian fiction is linked with the punk genres in its concerns about the human condition. It’s appropriate, then, that the field of RPG’s with Dystopian settings often straddle the line between Cyberpunk and Post-Apocalyptic worlds. Below I’ve had an attempt to present a slightly more open field.

The Spire: A story about race, oppression and resistance, all combined with a world in which you play a dark elf organiser. Very different take on the oppressive dystopian fantasy.

Price Of Freedom: 1980’s game where you basically play Red Dawn, Price of Freedom is nowadays far more of a time capsule than a chilling look at a possible future. But is a great game to build any form of modern resistance tale around.

Sigmata – This Signal Kills Fascists: In an alternative 1980’s, a fascist power has seized control and the players are resistance members who are sometime superheroes but sometimes not. Very much a reflection of the current western political climate, it has been both championed and vilified by different sides of an argument that seems to be dividing the world right now.

And So He Learned To Love Big Brother

So how do we create the feeling of Dystopian environment for our players. Here’s a few orders from control.

Clear definition
One of the things that you need to have in place before the game has started is the society you are using and the rules it follows. So much more than a standard game, you must know what freedoms this place limits and how it punishes transgression. You also need to know what secrets are beneath the carpet. If you don’t know any of this stuff and play, the rules can end up being inconsistent and that doesn’t create a feeling of an over-structured society. You could consider making a handout. Every version of the Judge Dredd RPG has at least a three page section on all the things that are illegal in Dredd’s universe with suggested sentences that can be easily photocopied and given to players. While on one level this is about creating realistic setting play, it’s also about having a physical representation of how structured Dredd’s society is. The players look at that and think ‘There’s a lot of rules in this culture’.

Gradations Of Hope
You need to be clear with your players from the start about the chance of overthrowing the government, because if you leave them to their own devices, they will try to do it. In a setting like Airship pirates, this might be possible but in a jet black dystopia, the idea of a revolution undermines the point of the setting. If you want your campaign to be a story of people surviving (or dying) in a time of oppression, you need be clear with players stating something like ‘you cannot overthrow the government in this setting, but you can make life better for people in it’. That way players know what they are in for.

Lack Of Change
Obviously, you need to use your NPC’s to create a picture of a people oppressed but this goes beyond just portraying suffering. For a dystopia to continue, this means the people have either been broken or tricked in some way. This means that your NPCs need to be at least 50% fallible. Ask yourself with every NPC “Are they resisting and if not, why not? What would it take for them to report the PC’s? What cost is too high for them?”. Don’t be afraid if that makes a lot of NPC’s quite similar, that’s kind of the point. Any scenes in which mob idiocy takes control are a success in tone.

Limit Straight Away
Make the choices a player makes during character creation have impact. Taking D&D as an example, remind a player that at least one race class will be a bad idea unless they want to be oppressed. Make that clear from the beginning and then remind them again if they choose it. Totally block a class. Be a bit more oppressive during character creation that you would normally be. It can create the feeling of straitjacketing of the society in the game – the world you are running has created these changes to the game, not the other way around.

Don’t Forget About The Human Heart
You’re going to have to go back and read the romance and tragedy editions, maybe also the YA column. Because the path of love thwarted is the quickest and most straightforward way of showcasing the limits of a Dystopia. Limiting pairing or breeding allows you a great baseline for drama interactions within the world and can come with a host of useful NPCs who interact with the players in new ways. If you can do romance in a Dystopia, it adds a personal sense to the proceedings that you won’t regret. Never forget that this genre is about the struggles of the individual and that to portray that you need personal stakes.

Thanks for coming! Next time we’re going to take a trip somewhere far less oppressive, where even reality isn’t subject to such commonplace ideals such as ‘rules’. Join me soon! 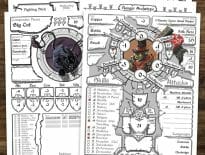 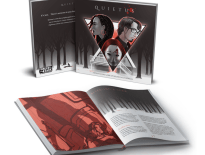