Bradd Thomas McBrearty is a former animator at Disney and Skullcandy, he’s now the CPO at Bit Fry Game Studios, and he made a surprising discovery at his local IKEA this weekend.

IKEA are selling a 159 cm by 76 cm glass tabletop with an almost perfectly sized hex grid for $60. That’s cheaper than buying a hex battle map from most specialist retailers.

IKEA have the tabletop on their website too where is currently marked down to only $47. It’s available here in the UK for £60.

The glass tabletop is much more substantial than a roll-up battle map, though, coming in at nearly 30kg. Once put in place on some table legs, you wouldn’t want to move this heavy chunk of patterned glass around too much. It can support up to 50kg of weight, and it’ll be essential to stick to that threshold to avoid shattering it.

Gamers are asking the question “Can you see through the frosting?”. The idea of sticking maps to the underside of the table so models can be moved around on the grid is appealing. Alternatively, there is speculation as to whether the right sort of erasable marker pen can be used to draw on the hexes and then be wiped off after.

We don’t know, and Geek Native doesn’t suggest you test the table before you buy it, nor is it wise to buy the tabletop and hope everything works as planned. If you know, then please let readers know in the comments below.

The packing tape and frosted glass hack is a consideration, though. Do you think it’ll work?

Can you sleep in armor?

The question “Can you sleep in armour?” tends to be asked by tabletop roleplayers. It can be a big deal and an awkward one to answer. 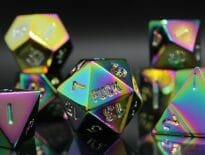 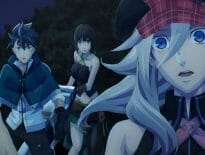 Anime Irregular Reconnaissance: Anime #32
💰 Copper Coins 💰 Geek Native is an affiliate and may earn commission on purchases you make from third-party sites.
🍪 Privacy & Cookies 🍪 The site uses cookies to survive. By accessing the site, you agree to use your browser to control cookie use or take 1d4-3 privacy damage (tracking). If you defeat cookies via ad blocking, please consider the Patreon. An intro to cookies, and how to control them, can be found here. I Manage Cookies