You are here: Home / Games / PC / Keanu Reeves is in Cyberpunk 2077 and confirms release date

It’s E3, and that means big trailers. We start with a great one as CD Projekt RED shows us Cyberpunk 2077.

The cinematic has examples of the sort of criminal double-dealing and betrayal you’re likely to encounter on the streets and of some combat hacking.

Reeves appeared on stage at E3. He said;

The guys from CD Projekt Red approached me and asked me to be part of their new project, Cyberpunk 2077,

They were going on and on about how they’ve created this vast open world with a branching storyline, how you’d be able to customise your character through in-game choices. And it’s not something I knew before, but I was excited by, and I’m always drawn to fascinating stories.

Cyberpunk! It’s set in a metropolis of the future. Where body modification has become an obsession. You play as an outlaw, an enhanced mercenary working in the sleazy underbelly of the city.

Cyberpunk 2077 is expected out 16th of April. The game will appear on PlayStation 4, Xbox One and PC

Keanu Reeves is in Cyberpunk 2077 and confirms release date 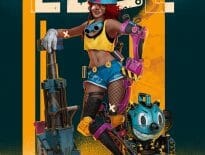 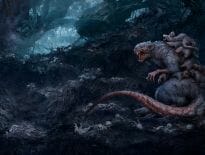