In a Q&A interview on Catalyst Game Labs, the Shadowrun 6e line developer has promised a different feel for the game.

Jason Hardy was asked whether Sixth World was going to be a version of Fifth Edition with some fixes in it or a ground-up re-envisioning of the cyberpunk-meets-fantasy game.

The response? It’s going to be more of the latter, but not quite a ground-up re-envisioning. Hardy went on to say they wanted Sixth World to be a whole new edition. He said;

But we did not want to simply tweak or adjust Fifth Edition–we wanted this to be a whole new edition, with new concepts and a different feel.

In the interview, he talked about drawing inspiration from other games and his desire to streamline Shadowrun 6e. In particular, Hardy wanted to make certain characters had meaningful choices to make in Shadowrun games.

I also looked at one element crucial to role-playing games, and that is giving a range of characters meaningful choices. Without going into details, I’ve seen games that do a great job of it, and I’ve seen games where some types of characters seem to only be able to choose from a small range of actions, so they end up picking between one or two alternatives most of the time. We tried to emulate the former!

Although the Q&A looks to have been entirely internal, the questions put to the developer didn’t pull punches and concerns about the reduction in skill choices and possible ‘character downgrades’ were put to Jason.

The new rules will let characters differentiate themselves with specializations and expertise of skills but Jason concedes not everyone will be happy with the changes. He’s okay with that.

in the end, you prefer the longer skill list of previous editions to the list in Sixth World, that’s okay. I long ago came to grips with the fact that no single edition of Shadowrun will be everything to everyone.

The interview talked about the significant changes Shadowrun 6th edition makes to vehicle rules and how the Edge system grew out of early playtests.

You can read the full Q&A with Jason Hardy at Catalyst Game Labs. 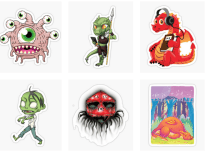 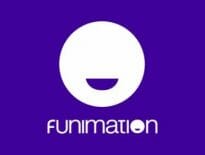