How many NPCs are there in your campaign right now? How many did you plan up front, how many did you have to create on the fly and how many fall somewhere in between? What are they all up to? Which one is the angriest and who is most likely to proactively disrupt the PCs?

Kenneth Kristensen of Manythings.media has a solution. He uses reference sheets to record the name and role (such as class or race) of each NPC, three character traits for each, three values for each, one quirk, a secret or plot hook and one bond (good or bad) for them too.

In a Reddit post called Steal my editable NPC PDF reference sheets templates Kenneth gives his templates away to the community.

There’s a simple version and a detailed version, there’s a print version of both as well in case you prefer to ‘edit’ the old way with pencil and eraser.

The originals can be found via this Adobe share link and Geek Native has versions you can view without downloading anything below.

The whole Manythings.media site is likely to be of interest to Geek Native’s roleplayers. The site is a cross between a search engine and a content community dedicated to pen and paper roleplaying. 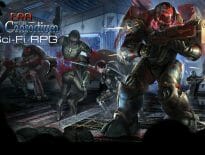