You are here: Home / Books / Comics / The invisible war: A review of Null Faeries

We’re dealing with faeries here. Little creatures with cute wings, which adults cannot see and which hunt under pillows for teeth.

Except, I don’t think all is well in the magical land of the faeries. Tribes are at war.

The adventure in volume 1 of Null Faeries begins when Ionantha Hesperis is leading a mission to fetch three teeth. Her lieutenant is concerned; the earth tribes will be drawn to such a great treasure. Ionatha isn’t worried, though, she and her patrol control the skies and have access to magic that the earth tribes cannot wield.

After this introduction to the faeries and their magic, there is no let down in pace or drama. Writer (and illustrator) Chad Cicconi does a superb job with the tempo of Null Faeries. This comic book feels fast-paced but never rushed.

Null Faeries volume 1: Dust Pilot Down refers to a missing dust pilot. Pixie dust, of course. Is it an inside job? Is it the work of the shadowy criminal market? Could it be the earth tribes?

And what if it was the earth tribes? With access to pixel dust, these other little creatures will have access to the same magic that the queen of the faeries and her forces have. Given the greenskins’ war-like ways and their past history with dark forces, this could be terrible! It might, however, merely be fair. Why is it only the sky tribes have access to magic?

At the centre of the story is one of the sky tribe who has no magic. There’s plenty of little hints towards adult subjects in Null Faeries, though these little hints never go to deep, and the most obvious one is the use of pixie dust as a drug. Without magic of your own you can use pixie dust as an alternative, but if you start, can you stop?

There’s 178-pages in Null Faeries volume 1: Dust Pilot Down and they’re a mix of action and emotion. We have fights. We have friendships. We doubt the loyalty of allies and are surprised by enemies.

In a way, Null Faeries are almost a victim of the character building success. I care far less about the missing pixie dust (despite repeated efforts to reassure me the theft is disastrous) and I care much more about at getting to the hidden truths behind the back story. Sadly, volume 1 wraps up with a resolution to the former, not the latter.

Does the art match up to the character building? Yes, for the most part. It’s unfortunate it only takes one or two weird facial expressions to leave a lasting memory, and there are a few of those in this volume of Null Faeries, but for the most part, the visuals are top notch.

It’s so unusual to have a lead character who’s is old enough to be a white-haired woman. That was a big part of why I was interested in Null Faeries, and it is very pleasing to see that Cicconi and colourist Federico Sioc, Jr manage to draw someone who looks to be both in the sunset of her life but strong and independent. The series was once described as ‘Tinkerbell meets Silence of the Lambs’ and perhaps, then, it is little surprise to see so many illustrations that manage to be two things at once.

I feel a little late to the series, but I’m glad I made time to catch up with Null Faeries. I enjoyed it.

I was given an advanced review copy of Nul Faeries volume 1 to read. Comixology is taking pre-orders now with the volume available on July 3rd.

The invisible war: A review of Null Faeries 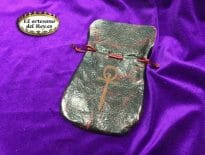 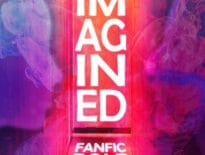