You are here: Home / Books / Comics / Would you trust the voice in your head? A review of Psi-Lords

The action in Psi-Lords picks up in an otherworldly prison, and something is going on. The guards look very dangerous and very close to doing something – though I’m not initially sure whether they’re close to surrender or kicking butt.

The panels then visit some of the bald prisoners held in the cells. It’s clear that they don’t know why they’re locked up. They don’t even remember what happened to them. They have one thing in common; a voice in their head seems to be encouraging them to take action.

It soon becomes clear there are two factions: the Starwatchers and the Psi-Lords. It’s not clear, though, which if any side is what could be traditionally described as the ‘goodies’ and which ‘baddies’. I’m not sure if that’s dramatic enough to be called a plot twist, but it’s enough to get my interest.

There are four prisoners, but Psi-Lords feels nothing like the Fantastic Four. There’s much more blood in this first issue for this to have a wholesome ‘four-colour’ feel. Psi-Lords promises more frantic violence than that.

Guardians of the Galaxy? That might be closer to the mark. In fact, the alternative cover by Alan Quah seems to invite you to consider that. Or, perhaps, the Usual Suspects in Space.

The pacing of the story in the first issue is exceptional. There’s drama from the opening scene, and there’s no need to worry about any sluggish meet-and-greeting the new characters as that’s done at a pace too.

Van Lente’s writing is punchy. Guedes’ art is slick and dramatic. The two are a great partnership, and I think a necessary one for Psi-Lords to carve out its own niche in the sci-fi comic landscape.

I think it’s sci-fi. There’s undoubtedly touches of superhuman powers and otherworldly influences in this first episode, but the overall vibe is definitely science fiction.

I plan on keeping an eye on the series.

Would you trust the voice in your head? A review of Psi-Lords 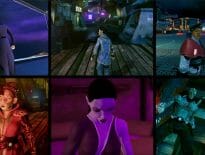 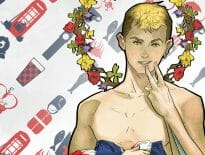