You are here: Home / Games / Tabletop & RPGs / Stats: What got you interested in tabletop roleplaying?

How did you get into RPGs? This blogger made up d6 tables for his Star Wars toys conflicts and then discovered his ‘clever intention’ was an elementary version of a hobby that had been around for years. Years later, the anti-RPG film Mazes and Monsters reminded him how awesome fun it had been.

The most common way to get into tabletop roleplaying these days is to be invited by a friend at school, college or work. At least, according to Geek Native’s own not robust nor very scientific polling.

At the start of the year, the blog had a copy of the RPG Capharnaum – Tales of the Dragon-Marked to giveaway. To enter the competition readers had to say how they got into the hobby, picking the best-fit answer from a short list. We had less than 100 respondents, and so these stats are offered up purely for entertainment.

How did you get into roleplaying?

Are these results what you might have expected? Is Twitch and YouTube about where you thought they would be in the chart thanks to the influence of shows like Critical Role?

The widget below asks the question again, there’s no prize to won this time but you can add your answer to the collective intelligence. 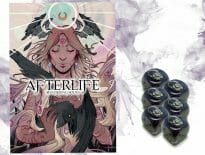 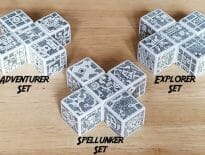