We are expecting series 3 of The Seven Deadly Sins but there will be changes. The anime is moving to a new studio, Studio DEEN, the team behind shows like Dragon Crisis!, Is This a Zombie?, Log Horizon 2 and Fate/Stay Night: Unlimited Blade Works.

The series 3 poster shows all seven of the Deadly Sins, Elizabeth Lions up front and Hawk tucked away at the back. In fact, Elizabeth and Meliodas appear twice and there’s a new green crop-top for the Dragon’s Sin of Wrath.

It’s Gowther, the Goat’s Sin of Lust, that dominates the back of the poster, appearing even larger than Diane. Gowther plays an important role in finishing the Holy War and the title for series three is “Wrath of the Gods” and so he may well play an important role in the battle against The Ten Commandments.

The anime’s official Twitter account has suggested we’ll even discover the secret of the world and the fate of Meliodas and Elizabeth together. 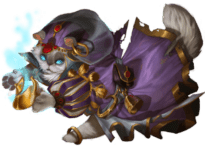 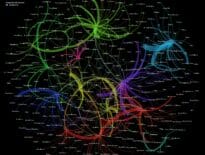 Books Social networking mapping for Game of Thrones
💰 Copper Coins 💰 Geek Native is an affiliate and may earn commission on purchases you make from third-party sites.
🍪 Privacy & Cookies 🍪 The site uses cookies to survive. By accessing the site, you agree to use your browser to control cookie use or take 1d4-3 privacy damage (tracking). If you defeat cookies via ad blocking, please consider the Patreon. An intro to cookies, and how to control them, can be found here. I Manage Cookies