You are here: Home / Geek Stuff / Cool Tech / Custom design any character sheet, for any system, even homebrew with RPGSmith

You can create an account on RPGSmith for free today. What’s available right now is a system that lets you design a character sheet layout that suits your needs and a system for tracking inventory. It already supports the like of Fate Core, Call of Cthulhu and Savage Worlds without charging a penny.

The Kickstarter is an attempt to take the program to the point where GMs can use it to manage their campaign, message players and even buy and sell content on the market place. It’s not a virtual tabletop, but given enough success, it could become one. The Kickstarter just launched and already has nearly two dozen backers, but it is a software project and gamers tend to be cautious. You can follow progress on Kickstarter.com.

If RPGSmith is free for players, why pledge money? Many but not all of the new features are for GM/DMs, but there are extras for players too.

Pledging just $6 gives you a life-time extra rule set to slot in your RPGSmith. That would mean you could test a new custom rule for your RPG and revert if you didn’t like it.

Pledge $10, and you get an extra campaign slot (for GMs, so you need a GM account) permanently.

Pledge $11, and you get five extra character slots. In fact, there are lots of tiers, and you can put down a chunk of money and use the pledge money to divide your dough around as you want.

Founder David Sumner makes it clear in his pitch video he’s well aware of how doubtful some gamers will be. Who hasn’t been burnt by a software project for tabletop? As it happens, this is RPGSmith’s second attempt at doing a Kickstarter. They cancelled the first one early on, went away to build the free version of RPGSmith to prove they could, and after making that free this Kickstarter is to fuel the powered up version. It’s a better approach.

Custom design any character sheet, for any system, even homebrew with RPGSmith 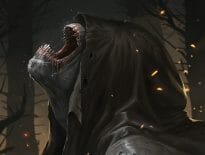 Tabletop & RPGs A look inside: In Thy Blood 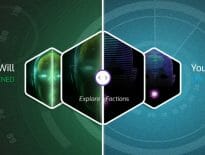