Let’s take a breath for a moment.

I’m about to talk about Twilight. But before you argue that ‘Teen-centric angst with a fundamentally unlikeable character where almost nothing really happens until the last third of the book’ is a bad thing, remember that this is also a fitting description of A Catcher In The Rye. Which, technically, is also a ‘YA’ novel – before the term ‘YA’ existed.

The young adult/teen fiction is a reasonably modern invention compared to some forms, largely because the concept of teenager didn’t exist until the early fifties. Teen tales evolved from The Outsiders, through X-Men and Sweet Valley High to The Hunger Games becoming very different to its origins through several decades. In that time, its become one of the most beloved and (simultaneously) hated genres of the last decade. But does it deserve our bile? Or should we be using it to fuel our games?

Less Than 13 Reasons Why

So, if YA literature is bad, why does it sell so well? Is it that teenagers are fundamentally bad at decision making, self-centred and obsessive? Well…yes that’s it but not for the reasons you think.

Teen life is filled with adversity on a daily basis: rewired brain synapses create new pathways and unfamiliar emotional responses, social lives involve a series of clique-based hierarchies that function on odd social capital, you are an outsider in your own body and your concept of identity is shifting unexpectedly under you. You have a so much to say, and no one is listening.

No one is listening.

And because they aren’t listening, it’s easy to stray from this path of ‘unimportant’ concerns into the serious stuff. In testing your ideals and limits, you butt up against Drug culture, Depression, Sexuality and alternate ideologies. All handleable if you know what you’re doing. But you don’t know what you’re doing, you can’t tell the difference between healthy and unhealthy risk-taking.

And that’s how Twilight sells millions of copies. Because no one wants to talk about the things teenage girls are concerned about with teenage girls. To adult eyes it seems to be a debate about which boy is hotter. To them, it’s a safe space to explore what it would be like to have a relationship with a dangerously obsessive older boy, and that’s probably a good thing – as long as they draw sensible conclusions. It’s almost like we need a medium where we can tell stories together, isn’t it?

The best of it is, stuff like Twilight is only the tip of a vast YA iceberg. There’s sweeping fantasy epics like Half A King and Harry Potter, Dystopian pieces like The Hunger Games and Sandcastle Empire. That’s before you get into TV and start to mention Misfits and The Clique. Each has something new to add with many being frank and hard-hitting dramas. But because of the YA title, they’ll forever be discounted from a level of critical recognition that they otherwise might deserve.

No wonder the adults in these books are often the bad guys.

As much as I think a Potterverse or Mockingjay RPG might sell, we’ll have to wait. Here’s some more off the wall choices. Also special mention to look out for Things From The Flood, which isn’t out as of this writing but looks to be an amazing addition to telling these sort of tales.

Monsterhearts: A game about feeling like a monster in your own skin, this is a really divisive game, you’ll either love it or hate it. Teen as an outsider is perhaps an overused trope, but here the concept shines because the mechanics support the notion of connections being all important.

Misspent Youth: Fight the power! Play as a group of revolutionaries prepared to go up against the oppressive power in this textbook of rebellion in which Selling Out ends the campaign. This sits perfectly at the juncture between ‘teen’ and ‘-punk’ genres.

Masks: Like Monsterhearts, this PbtA system is focused on relationships but centres around teen superheroes that are stepping in to fill the void for a new generation. If you like supers, teen drama or just good games, this is worth checking out.

So how do simulate the young adult novel feel? Well firstly, remember that like our Sci-Fi article YA isn’t a standalone genre toolbox. To express an idea in genre, it needs to be combined with something; be it steampunk fantasy (His Dark Materials), Post-apocalyptic wasteland (Mortal Engines) or another idea in order to work.

Formative Ideology
Many YA texts are about a thematic issue surrounding concepts of identity, freedom and social structures. Before the game begins, pick around three issues that you want to think about and then inform your players of this. Once they are on board with the idea, then they’ll lean into anything you pitch regarding that. Having these moral issues openly visible to players may sound odd but will replicate the way a YA novel will often wear its agenda unashamedly on its sleeve.

Approach, don’t preach.
While dealing with issues is a good idea for replicating the form, long form didactic play sessions about an issue are going to be boring for you. Luckily, they are also boring to YA readership so try not to necessarily answer any of the question you pose. Sure when a campaign is wrapping up, maybe tie the theme back to the start but otherwise, let the protagonists figure out what they consider to be right and wrong. Divest yourself of knowing what is right already.

Respect The Teen Mindset
First you need to ask your players (if they aren’t already teens) to remember what it was like to be a teenager. Then you need to all take that emotional baggage and treat it with respect. It’s very easy in games for teen NPC and characters to become the ‘rookie’ or ’emotional’ type of character that can be open to ridicule. But you have to play it straight. These concerns have to be addressed in a way that makes them important. You need to have relationship maps and mechanic for who is friends with who because mechanising these things makes them useful.

The Art Of The Mary-Sue
In teen fiction, the idea of character as identifiable is paramount, for this reason, I suggest you allow characters to be wish fulfilment characters as much as you possibly can. Empower your players to create ‘chosen ones’ and ‘last of their kind’ or ‘untrained savant’ type characters because it fits with the fiction. Rise to meet the players cool ideas rather than disallowing.

That completes our look at the ‘kids & teens’ section of genre police, next time I attempt to bridge the gap between these articles and the next by picking an awkward topic that we often gloss over in

Creative Commons credit: Ninja Turtles versus Foot by Arseniy Dubakov and Shop of Masks by Candra.

Great article, and I love the introduction about the importance of YA. I ditched Dungeons and Dragons in high school – I was looking for a “better” game – and went towards Vampire and Werewolf pretty heavily until after college. (I’ve since gone back to 3.5, 4th, and 5th Editions of D&D, take that, snotty, arrogant High School me!) And I mean, a lot of the stuff you’ve touched on here applies to the Revised editions of World of Darkness as well. It worked for me at the time because I was uncomfortable in my own skin, and exploring a… Read more »

Thanks! I mostly began my RPG career with the World Of Darkness! Although my mileage of character who were good varied, I don’t think there’s anything wrong with playing characters this way, a lot of the Camarilla guys are still trying to be human-like. Some even believe they are. If you’re interested in Vampire’s Gothpunk genre, I wrote an article on it in my early days here. The link is https://www.geeknative.com/61138/genre-police-gothpunk-learnering/ 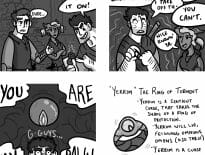 Tabletop & RPGs The Ring of Torment: Beware the Smiling GM 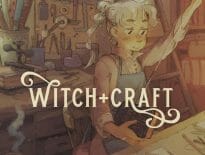