You are here: Home / Games / Tabletop & RPGs / Bite Me! The werewolf RPG with emotional teeth

Bite Me! is an RPG from Becky Annison. At the time of writing, there are 11 days on the Kickstarter clock, and the project has funded, already well past £9,000, after asking only for £8,000. We’re into stretch goal territory now. You can follow the progress on the campaign page.

This is a game about the complex relationships that create a Pack. Wolves are usually social animals and Bite Me! looks to layer on the drama that being werewolves, part human, part wolf, will likely bring to that.

If emotion and relationship are one part of the Bite Me! RPG then the Apocalypse is another. This isn’t a Werewolf: The Apocalypse game. It just happens to be a werewolf game that uses the popular Apocalypse World engine for its mechanics. That’ll make a lot of gamers happy.

As it happens, Meguey Baker, one of the co-designers of Apocalypse World, has read the draft of Bite Me! and likes it. She supports the Kickstarter campaign with this quote;

Just reading over the game text made my heart race; this is a game that will tell intense stories of emotionally charged family dynamics in a visceral way “

Bite Me! also has art as an essential component. There are two illustrators named in the production team; Vincent Sammy and Morrighan Corble, both of have done plenty of horror work.

Geek Native is lucky enough to be able to share this exclusive preview of some of the game’s illustrations. This piece shows the pack gathering around an injured wolf.

Closely related to artwork is the game’s layout. It’s not unusual for games to be pretty much written but still needing layout work when they come to Kickstarter and it’s not unheard of for the layout to be rushed as a result. It looks like Bite Me! will avoid this trap and Annison is confident enough to showcase some of the current look and feel.

You can see more of the layout done by Elizabeth Lovegrove and Morrighan Corbel from this PDF link.

Lastly, unusually, all three top tiers of pledge options for Bite Me! have sold out.

Curious? You can discover more about Bite Me! here.

Bite Me! The werewolf RPG with emotional teeth 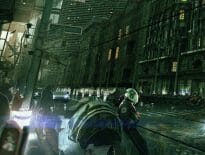 Art Dangers in the shadows: Art from Brad Wright 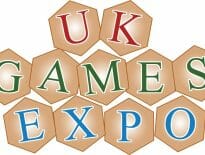