Éditions Sans-Détour has a license problem. They’ve not paid for their rights to the French rights of Call of Cthulhu for months, and the lease has now expired. Heck, when Chaosium first went public with warnings about the situation, Éditions Sans-Détour weren’t even responding to emails about it.

It is necessary for companies to defend their trademarks and intellectual property. Many legal systems require it. From a business point of view, too, small publishers can’t support parasites that merely use the creations of others to sell on derivative or copied works. Chaosium has been looking for a new and official French publisher, and both companies will need every cent that partnership might generate.

But there’s a problem; fans of Call of Cthulhu in France. Many of these tabletop gamers backed a crowdfunding campaign by ESD to produce more French Call of Cthulhu books. Having forfeited the rights to publish anything about Call of Cthulhu ESD would be in breach of the law if it tried to fulfil those pledges.

And it looks like Chaosium are working hard on a solution. In a new statement and apparently without much in the way of support from Éditions Sans-Détour, the parent company has issued a limited license extension.

Hence, we are taking this unilateral step to at least enable Éditions Sans-Détour to fulfil obligations to their Masks of Nyarlathotep/Day of the Beast Ulule.com backers:

This limited extension feels like not only an incredibly kind move by Chaosium, giving this Christmas gift to worried fans of Call of Cthulhu, and one that’s not entirely risk-free. Chaosium has said they will soon announce a new French partner. Let’s hope this generosity doesn’t rock the boat. 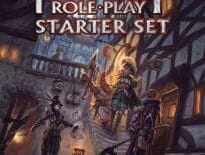 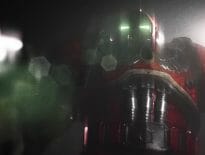