DM Deborah will have a regular crew of players and celebrity guests. The main cast includes Julia Dennis (Lofty Dreams, What Would You Do), Tommy Walker (Daredevil, Henry Danger), Xander Jeanneret (King of Nerds, Sagas of Sundry), and Jasmine Bhullar (Starter Kit: Vampire the Masquerade, ThatBronzeGirl on Twitch).

Relics and Rarities is set in a curiosity shop which can be seen in the teaser video. Woll told press;

I’m so excited to finally announce my new show, Relics and Rarities,”

We’ve assembled a stellar creative team, along with amazingly intricate set design, props and puzzles, a hilarious and surprising cast – and an original world and campaign of my own creation.”

You’ll have to watch to see what tricks I have up my sleeve.”

The show will premiere on Alpha. That’s the subscription channel from Legendary Digital Networks, the parent company of Nerdist and Geek & Sundry. Geek & Sundry’s logo is on the trailer video, and so it is expected after the Alpha premiere the show will be watchable on YouTube. 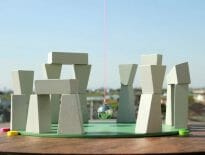 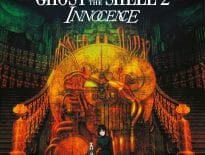