You are here: Home / Games / Tabletop & RPGs / Codex of clarity – A review of Shadow World: Jaiman: Land of Twilight

Shadow World: Jaiman: Land of Twilight is a sourcebook for both HARP and Rolemaster. Rolemaster was first published back in 1980 by Iron Crown Enterprises, a publisher often credited for inventing such mechanics as critical hits and open-ended dice rolls. The most recent edition, the fourth, was published in 1999. Meanwhile, HARP, High Adventure Role Playing, is a newer game, released first in 2003, and uses a similar but simplified set of mechanics.

It helps to have one or either of the rulebooks to get the most out of Shadow World: Jaiman: Land of Twilight. Here’s the thing; you can do without both of them. Yeah, the Shadow World works as a Spacemaster (Rolemaster in space) setting because the writers at ICE thought about that context in advance and built enough hooks in for you. This world could be adapted to almost any fantasy RPG too, and I can see some DMs using the book as a codex full of ideas to be dropped into games elsewhere.

The one book that I don’t have that feels like an almost necessary prerequisite is Shadow World Master Atlas. Shadow World is the official setting for Rolemaster, and Iron Crown Enterprises care for it, grow it and mature it through a series that moves the spotlight around the magical planet. Without the Shadow World Master Atlas, you’ll undoubtedly find threads in Jaiman that you’ll want to pull but you will see that they lead off to other books. The dangerous Unlife, for example, the supernatural villain of the setting. More information on Dragonlords and Loremasters are both things I found myself researching.

To be very clear; this is a strength of Shadow World: Jaiman: Land of Twilight and not a weakness. It’s rare that you find a setting book that’s so detailed that there’s any discussion as to whether you can use it as a codex for another game. In normal situations, there’s no question you need the essential setting book before you begin to explore it through supplements.

This supplement is in nine parts. The first of those parts is an introduction that helps you get the most of the book. The second is a whole chapter on what too many other setting books forget; flora, fauna and climate along with races native to the Jaiman region of the planet Kulthea. The third part is a vast timeline. This book is the second edition of Land of Twilight, and this timeline neatly wraps up all the events of import that other supplements for Shadow World have introduced. In the fourth part, we get insights into the lands, creatures and people. The fifth section is full of descriptions of the famous people and organisations in Jaimani society and the sixth part a collection of exciting locations complete with maps. Parts seven and eight are full of adventures suitable for a wide range of characters and the last section in the book is a collection of NPC character sheets, data and charts.

I think chapter two might be my favourite in the whole book. I can count on my fingers the RPG setting sourcebooks which begin by describing where in the world, in terms of latitude, the continent is and therefore how the climate behaves. This is not filler content. It’s short, snappy and useful. For example;

The Grey Mountains have been called the backbone of Jaiman, and indeed they are the most significant geographic feature, spanning the land from coast to the northern wastes. The peaks of the Grey Mountains are always snow-covered; some reach as high as 19,000 feet.

Other significant ranges are the Saral March (across northern Saralis), and the Black Fork, a ridge of dark mountains north of Lu’nak and embracing the Ja’miil Targ.

The section has inspired me to make notes on flora and fauna for every setting I contribute to or GM. This nature insight is precisely the sort of information that can be fed directly to druids and rangers or similar classes at the start of the game to give their players some extra sense of agency and clues for mysteries that might need to be solved later.

The History of Jaiman isn’t just a lengthy timeline. Cleverly, author Terry Kevin Amthor also provides stories that characters might know. These stories provide two functions; a way for GMs to learn about the past events and people of Jaiman but also hooks for adventures and knowledge characters can discover.

It’s in the history section that you’ll find information about the calendar used on Jaiman. There are five months-seasons; Winter, Spring, Summer, Autumn and Fall. There are ten days in the week.

Chapter four is full of information GMs and lift and shift to whichever game they want. It’s punchy and plentiful with a paragraph or two enough to bring a specific location up to the point where a GM can add whatever flourishes she needs. For example;

A string of islands lies north of the far western tip of the Xa-ar peninsula. These snow-covered isles are volcanic in origin, and in addition to the artificial tunnels and chambers, there are myriad natural passages and caverns. The waters surrounding the islands are rough and dangerous all year round, often scattered with iceberg chunks and even floating ice islets. Because of this, they are largely uninhabited, but are dotted with ancient, mysterious structures.

The politics and power discussed in part 5 feel less mobile than the geography of the setting. Here’s we get deep into discussions of Dragonlords, the Lords of Orhan, Loremasters, the Unlife and other defining characteristics of Shadow World as the official Rolemaster setting.

Of course, this is the same chapter that also acts to unlock a host of extra delight for those gaming groups deep into Shadow World lore. We get the motivations – and in some cases the secret plans and identities – of key NPCs. Chapter 5 is where GMs will pull together campaign ideas.

As Shadow World: Jaiman: Land of Twilight moves on to talk about central locations we get even more maps. This supplement is a 192-page book, and space in it is used well. The experienced team of creators has done an excellent job of anticipating those where the GM and players might need to think about mechanics like line of sight or movement in precise distances.

It’s not a surprise that supplying NPC data for both HARP and Rolemaster and such a large number of NPCs and encounters take up many pages. The section on adventures and the following stat blocks start at around about page 100 and are therefore about half the book.

The look and feel of Shadow World: Jaiman: Land of Twilight

Jaiman has an old school feel to the layout and formating. That’s not a surprise as Rolemaster is an old-school RPG. Chapters tend to begin with a single page of text and then we move into two columns for the rest of the section. There are no spaces between paragraphs, but the first sentence is indented.

There’s no coloured backgrounds or images that bleed under the text. We have the occasional touch of shadow to help separate a picture from a paragraph of writing, but this is black text on a white background type of book. There’s no fancy business here.

There are at least four different styles of art in Shadow World: Jaiman: Land of Twilight and I wish they stuck to just one. I know illustrations are expensive, and perhaps I’m over sensitive to this, but I found the range of styles to be disruptive. It’s hard to conjure up an image of a place in your mind’s eye if the visual style of that place keeps on changing.

You can see a sample of four different styles all found in the book here.

I’ve not played Rolemaster in aaages but Shadow World: Jaiman: Land of Twilight has put me in the mood for it again.

This book is a no-nonsense supplement that benefits hugely from a smart author and experienced team. Jaiman has thought about the things that might catch you out as a GM and for which you might wish for official publisher input on. Jaiman has also thought about what are the best ways to make the planet Kulthea a great campaign setting.

I suspect Jaiman: Land of Twilight conclusion may feel a bit dated to new gamers, those familiar with the latest editions of D&D and games played over Twitch. To other roleplayers, I think the Land of Twilight will feel authentic and thoughtful.

This setting sourcebook is an excellent example of the importance and rewards of getting the basics right. If you’re looking to do a bit of worldbuilding for your own game then you would do well to investigate this book. Rolemaster and HARP fans, of course, should already have Jaiman: Land of Twilight on their shelves or Christmas wishlists.

My copy of Shadow World: Jaiman: Land of Twilight was provided for review.

Codex of clarity – A review of Shadow World: Jaiman: Land of Twilight 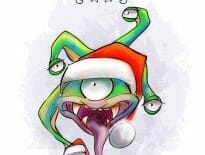 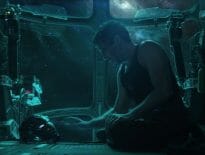