The Traveller RPG is over 40 years old, dating back to 1977 when the Game Designers’ Workshop published Marc W Miller’s game.

This early RPG began life as booklets of rules for sci-fi games, without a setting of its own, but as Game Designers’ Workshop published adventures to go with them that changed.

Traveller has continued to evolve, different versions have been created and publishers by many RPG companies, but this original rule collection is known as Classic Traveller. You can now download it for free from DriveThruRPG.

The download will get you three sets of files; the core rules, a set of space charts and then the book of adventures that created the setting.

There are other versions of Traveller still out there. There’s MegaTraveller which dates back to 1987, Steve Jackson Games published GURPS Traveller in 1998 and Mongoose Publishing did their first edition in 2008 and then a second in 2016.

Dungeons filled with monsters, illusionary bridges or Mimics pretending to be cobblestones are all well and good in a high fantasy dungeon where there is plenty of magic. The challenge of trapping a dungeon in a low fantasy realm is a bit harder. There’s only so much you can do with hiding bear traps in […] 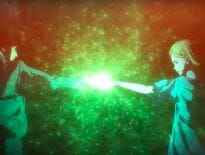 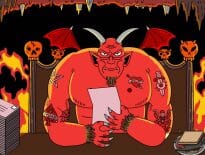