No one knows when it began, but each year, a battle is joined over an ancient question, one that can never be answered. Scholars lock into debate over seasonal food, decrying or supporting. Others cower behind the tree and whisper in confusion. We as a culture need an answer – Is Die Hard a Christmas movie? What has this got to do with RPG’s? Well, it maybe cuts to the very core of genre classification and might be able to teach us something about blending new feels into existing games. 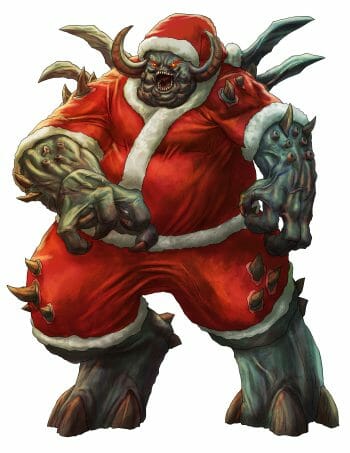 Before we go into the main text, it’s worth mentioning that Genre Police has now been running for a year. That’s 24 articles in this series. Thank you for staying with me as I’ve blundered my way through various ideas related to genres, RPGs and other concepts. I hope you’ve learned something, I know I have. But you might be noticing I’ve covered a large number of the main genres. So what does year two hold? Well, I’m planning to widen my concept of ‘genre’ and investigate interesting sources you might like to use for stylistic inspiration for your game. Niche elements that might not do for a whole campaign but could work for a plotline or adventure. So expect another year of insanity ahead!

Now back to our regularly scheduled programming.

Why is it difficult to answer if Die Hard is a Christmas Movie? It’s set at Christmas, right? But then so are a number of other properties that don’t qualify. Despite featuring Christmas songs, being set at a Christmas party and featuring a number of strong visual references, it’s not this that makes it stick in our consciousness as a Christmas film.

The secret of Die Hard being thought of as a ‘Christmas film’ are its underlying thematic elements. In a traditional Christmas tale, we have a focus on human unity, with the meaning of family in the forefront and a strong return to traditional values. As McClaine works his way up the Nakatomi Plaza, we see him having to rely on others and bond with people on the ground. It’s only when a lack of understanding between characters happens that progress is halted. When he finally succeeds in vanquishing human greed (in the form of Alan Rickman) he can discover that the true meaning of Christmas involves selflessness. He saves as many people as he can and is rewarded by a return to his (traditional) marriage.

But, I hear you scream, what has this got to do with my Game? What we can take from Die Hard is that the core of bringing across another genre into your established game is a not about descriptive parallels. We have to aim for the ‘spirit’ of the genre. It’s easy enough to for you to fill out the basic descriptive details of any genre, that’s why this column has tried to stay away from basic ‘element listing’ and instead focuses on storytelling techniques and strives for practical, table based tips. The heart of tonal clarity in RPGs is often in how the system feels different to others on play and often this comes down to a mechanical solution designed to present a specific experience. Deadlands feel like a western not because it uses poker chips and hands of cards but because it uses them in a way that feels like the reality of the setting is present. In the same vein, just having Christmas descriptions in an adventure won’t make it feel ‘Christmassy’. Think about how you can alter the spirit of the game thought play and drive home the themes.

So when you sit down to write your Christmas adventure special this year, think about how the characters can embody the spirit of the season before you start adding crackers and tinsel to the surroundings.

As I mentioned above, my product listing from here on out is going to include published adventures or supplements as well as full RPG product. As Christmas is a very niche subject and is unlikely to form a whole campaign I’ve picked products here. I’d also mention Spirit Of The Season from Spirit of the Century as being a good product.

Mince Pies & Murder (6d6 RPG): A great example of a one-shot Christmas tale that shows how to blend a detective story into the festive season. Its twisted backstory of lives ruined through selfishness that is slowly uncovered and carries real message for the players if handled correctly.

Holiday Modules (Dungeon Crawl Classics): For years now the team at Goodman games have been releasing holiday-themed adventures for various games. If you could hunt them all down, you could create a Christmas themed campaign!

The Secret Lives Of Gingerbread Men: This RPG is great to play with kids and involves a series of adventures over a few days involving making the gingerbread man and taking them on adventures before giving the kids a way to eventually eat the gingerbread men without feeling like they are munching on a PC. It’s heart-warming family fun that feels really unique.

Just in time for the season, here’s a collection of ideas to help your players feel in the Christmas mood without just describing Christmas things.

So This Is Christmas
Before you even do a Christmas adventure, check the goodwill from the group. Some people won’t want a silly aside, whereas to some people, Christmas is a religious festival and sacred. So make sure that you aren’t treading on toes. Checking this will allow people to get invested in the idea as well, which means that they are bringing Christmas feels into the game already.

Deck The Halls
Cook something before the game. Maybe make mulled wine (if no one is driving) or gingerbread. While I think just describing Christmas stuff is lame, adding it to the players arena is another thing entirely. This adds to the mis-en-scene, the smells of mince pies and gingerbread subconsciously key players in.

Simply Having A Wonderful Christmas Time
This one is a bit divisive. Normally I’d think that a moment of deus ex machina was the cheapest move in a DM’s book and should be ruled out. But in a Christmas adventure….Santa is a thing. I think you should definitely plan to have the players being able to win by goodwill alone or maybe powering themselves up with the ‘Spirit of Christmas’. One way to do it is to keep a scorecard of how many things during the adventure a PC does are ‘in the Christmas spirit’ and then have them granted the one time ‘Christmas Bonus’.

Love And Understanding
This is big important factor – the adventure needs to emphasise unity and community. Players should be rewarded for working together and putting aside the agendas they have in order to progress. Villains should showcase selfishness and traditional communities should be threatened by dark powers. Perhaps consider doubling any bonus a players gets for being helped by an ally just for this scenario or ambush players who go off one their own just to add to the feelings. Really centre on the characters progression as a team and work as a family.

Hopefully this has made it to you in time for you to run your Christmas games, have fun and enjoy yourselves. I’m planning to run Cthulhu Christmas this year! Let us know what you’re planning! Next time I use a genre as a a stepping stone for talking about something else and then don’t talk about the actual genre. But I don’t mention Santa once, which is good, right? 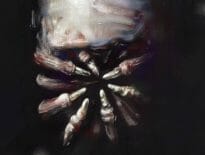 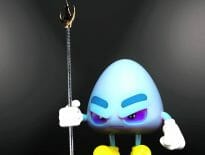