You are here: Home / Games / PC / Out of the Mouth’s of Outlaws: A Retrospective on the Dialog of Rockstar Games

Rockstar Games distinct writing style wasn’t developed overnight. Each game the company has published has built off the previous one and contributed new elements to the company’s narrative voice. With “Red Dead Redemption 2” out, it’s the perfect time to reflect on the writing that has helped Rockstar’s characters come to life. 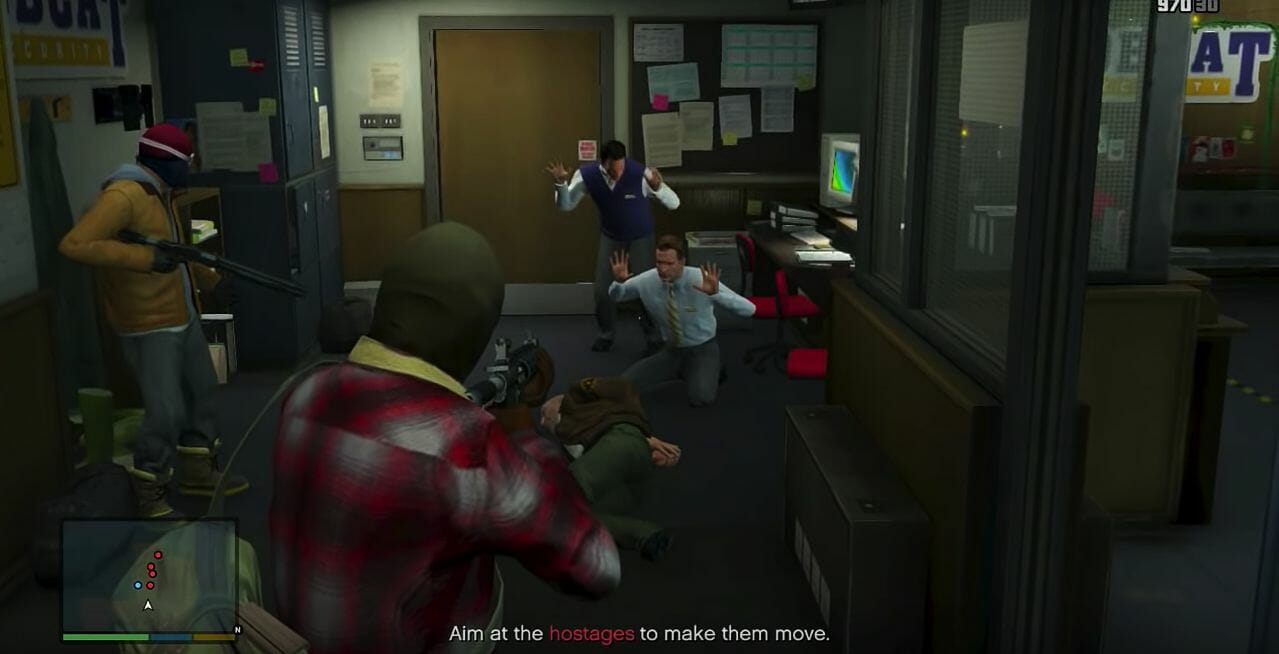 It might be blasphemous to say, but if there is a weak link in Rockstar’s stellar writing it’s the “Grand Theft Auto” series (“GTA”). Rockstar’s satire driven series always borders on being an outright comedy, especially compared to other franchises. Characters in “GTA” speak punchier, swear more, kill more, and act solely based on their ID. This works in the series goofier early entries (“GTA 3”, “San Andreas”, and “Vice City”) but is out of place when combined with the gritty stories and violence of “GTA 4” and “5.”

The writing issues are prevalent mostly in the driving segments. I’m certainly not the first person to comment on how bad the writing dips in these sections, but the point deserves to be made again. These characters never shut up and the result is that the writing falters because they are desperate to string together enough dialog to fill out the constant commutes. This is an issue in all of Rockstar’s games, but it’s at its worst in “GTA.”

The dialog in “GTA” has improved with each entry in the series, but even those rough early games are great when put it in the proper historical context. Writing the “GTA” series was a starting point for brothers Dan and Sam Houser, the lead writers at Rockstar. The brothers cut their teeth on those unruly early “GTA” titles before penning the majority of Rockstar’s other games. These took risks built a framework that prepared them for the more nuanced challenges ahead.

Following “GTA 4’s” success, they had one of their biggest challenges in front of them: a game that felt like a realization of the voice Rockstar had always been struggling find.

“Red Dead Redemption” was a leap forward in storytelling and dialog for Rockstar, with it being arguably their best-written game. There is satire in it (an obvious relic of “GTA”) but it’s used sparingly and the focus is on the game’s thematic elements. The stories theme is about change. Characters talk about the past, what the west used to be like and – to an extent – what they used to be like. The modern world is affecting everything, even the way the characters speak.

In “Red Dead,” the modern or “civilized” characters say some horrifying things. There’s the ex-Yale professor whose every theory and hypothesis smack with racism and colonialism. There are the government agents who talk about life and death in the callowest terms (all while driving a Model-T). And there is the Snake Oil Salesman who lies more than the entire cast of “LA Noire.” Now, compare these civilized folks to the player character: former outlaw John Marston.

Marston is the embodiment of the old west, and (for the most part) comes across as well-mannered, remorseful, and humble. The scenes where John interacts with his old gang members are especially effective, culminating in a showdown with his one-time surrogate father and gang leader Dutch Van Der Linde.

Dutch and John’s scenes shine as Rockstar’s brightest writing moments. John is horrified to see that his enigmatic father-figure has become a violent man living on the fringes of society. Was Dutch always a brutal killer, or did civilization turn him into one? The dialog gives hints, but it’s left up to the player’s interpretation (and “Red Dead Redemption 2’s”).

This is also the first time Rockstar used its anachronistic dialog technique. It’s a style of dialog where characters don’t speak in perfect period accurate slang, but also don’t talk like modern protagonists. This would be a staple in their next title. 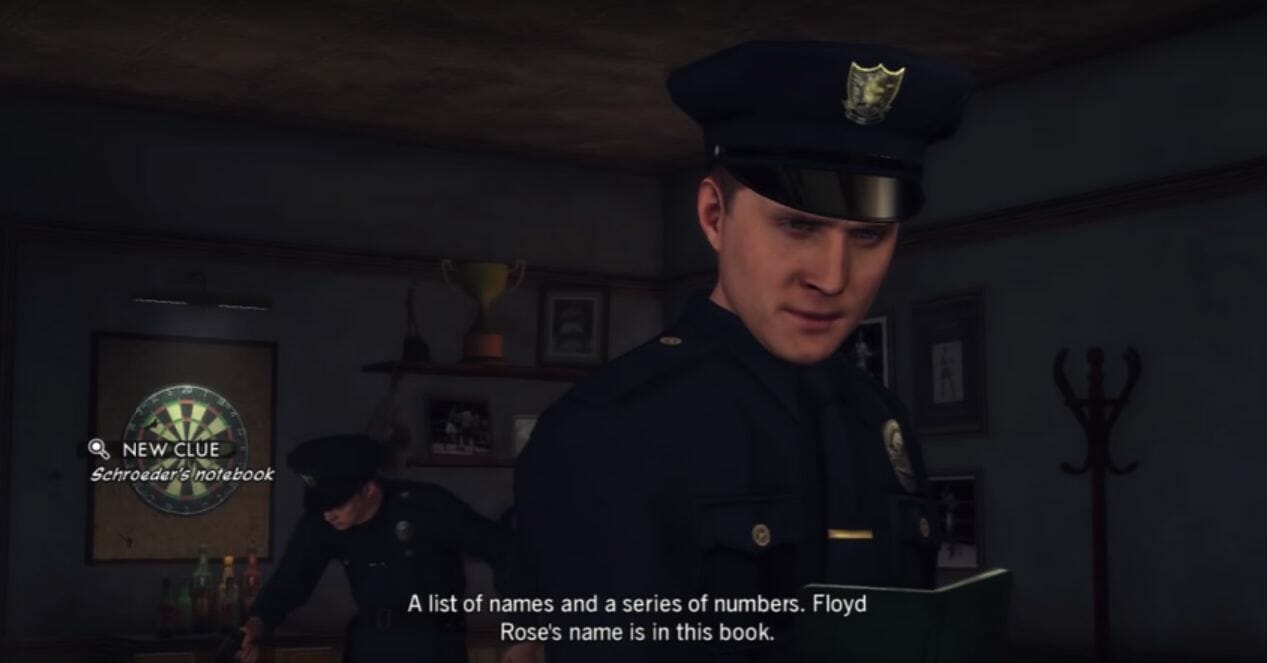 LA Noire: A City of Liars

“LA Noire” was radical from the outset. Gone were the elements of satire, cynical worldviews, philosophical killers, and the Houser brothers as the head writers. Neither Dan nor Sam had a hand in writing the game and the result feels unique but still fits within Rockstar’s wheelhouse.

For the first time, the dialog is an actual component of the gameplay. In the much-touted interrogation scenes, players must parse through NPC’s dialog and facial animations to uncover the truth. The system worked (most of the time) and it remains the reason why people remember the game.

Like “Red Dead” preceding it, “LA Noire” is another case of Rockstar making a historical period’s language more digestible for modern audiences. Again, they avoid most of the horrifying slang prevalent in a lot of the game’s inspirations (like the works of James Ellroy or Raymond Chandler). The dialog is period accurate – especially compared to the looser spaghetti western-like “Red Dead” – but doesn’t lack modern flourishes.

Failure to communicate is at the heart of “Max Payne 3.” Max Payne (the titular protagonist) is only fluent in two things: English and violence. As a result, the game’s language barrier is a huge obstacle.

Max is dumb enough to take a private security job for a wealthy Brazillian family but doesn’t learn to speak a lick of their native language (Portuguese). This colors his entire descent into the favelas of Sao Paulo. Max has to rely on others to make sense of his surroundings, resulting in him being lied to, misled, and used by the people of Brazil. The game even opens with Max say as much:

“Say what you want about Americans but we understand capitalism. You buy yourself a product and you get what you pay for, and these chumps had paid for some angry gringo without the sensibilities to know right from wrong.”

Unless the player speaks Portuguese, Max and they are in the same boat – forced to shoot who others tell you to shoot. If Max could understand what the hell anybody was saying, maybe there’d be a way out of the nightmare he’s wrapped up in. But he doesn’t and so he keeps killing.

The narration is a writing tool unique to “Max Payne 3” as well. The players are “treated” to hearing every thought that pops into his opiate addled mind (and he has an opinion on everything). Max’s actions and thoughts rarely connect, saying one thing and thinking another (a lot like real people). A superb touch is the self-justifying Max does when he does something “wrong.” If he pops a couple painkillers, he might say: “I needed something to improve my game.” It’s as if he’s aware that the player is silently judging him, which we are.

All of those games make up the dialog DNA of the companies latest project: “Red Dead Redemption 2.” The brand new sequel again pushes the storytelling in Rockstar’s games forward. The inclusion of an interactive dialog prompt makes the world feel more interactive and alive. It opens up new avenues for unique interactions and even player controlled pacing of scenes. Players feel less like an actor and more like a director in “Red Dead 2.” Rockstar crafts beautiful worlds, but up until now it felt like the only way to interact with them was at the end of a gun. “Red Dead 2” bucks that trend like a bronco and the result is a game that feels more like an RPG than most RPGs do. To give away any more would be spoiling the experience.

For a long time, the industry has struggled to figure out what a well-written video game sounds like. Rockstar has been ahead of the curve, providing its characters with a unique voice from its earliest games. Competitors are catching up, but if “Red Dead Redemption 2” is a glance into the companies future, they may still be a ways off.

Will Barboza is a freelance writer hailing from Kansas City, living and working in LA. He’s been featured in Playboy, IGN, and VICE. His hobbies include yelling about the Packers and petting his roommate’s dog. Find more of his words on Twitter: @WBarboza_Writes and on Instagram: wbarbwrites.

Out of the Mouth’s of Outlaws: A Retrospective on the Dialog of Rockstar Games 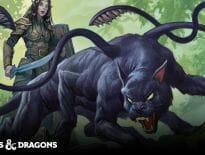 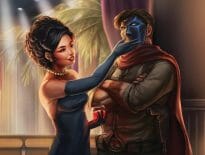